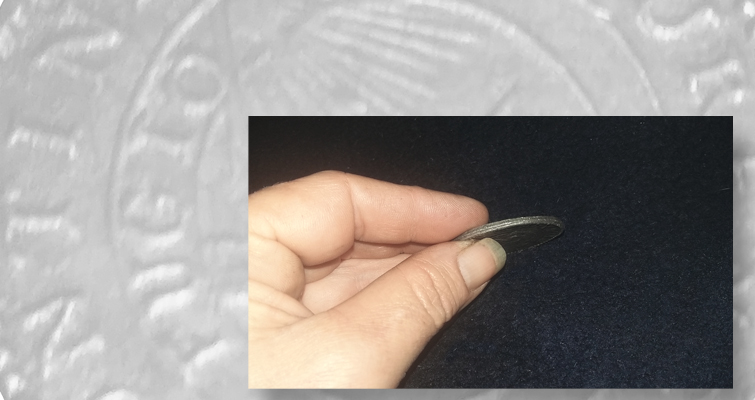 1776 Continental CURENCY dollar is actually a cast replica, evidenced by the seam on the edge. 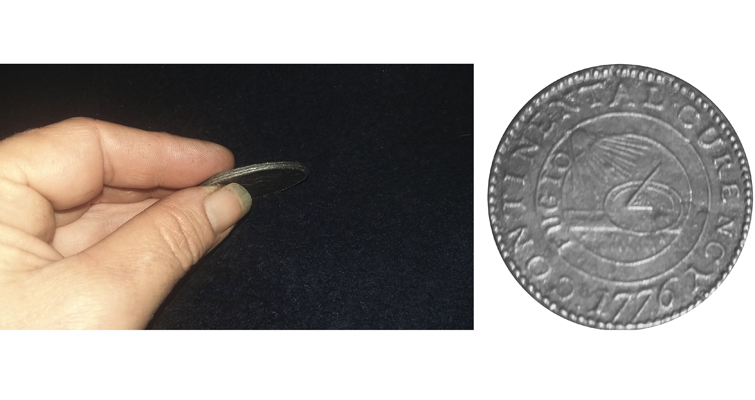 I clean out houses and found this 1776-dated coin and wanted to know what it was. Is it real or fake? Is it worth anything?

Unfortunately, it is not genuine. What you found is a crude replica of a 1776 Continental Currency dollar bearing on the obverse the variant with the intended word “CURRENCY” misspelled “CURENCY.”

Your piece has no collector value. Had it been a genuine coin struck in pewter or silver, it would have considerable collector and investment value, the exact value depending on composition and condition.

Spelling variations abound. Genuine varieties have “currency” spelled  as CURRENCY or CURRENCEY in inscriptions on the coins.

The giveaway that the piece you discovered is not a genuine coin is the existence of the seam on the edge.

The seam is evidence of where metal seeped out between where the obverse and reverse die molds came together during the production process.

Many replicas exist of early American and U.S. coins, some struck, but also some that are cast. Cast pieces are often produced using a mixture of a number of inexpensive metals to fabricate the finished product.

Newman concludes that whether or not the Continental Currency coinage was intended to be struck in pewter or silver, it was in the pattern stage and “is the first coin of our independent national government.” 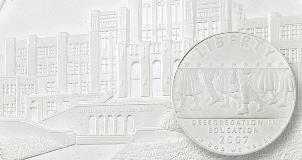