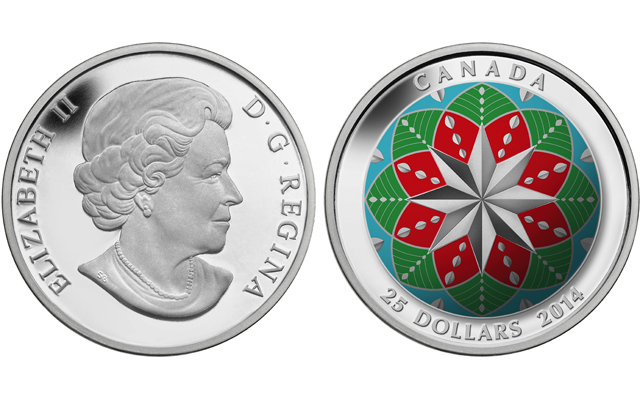 Christmas ornaments are a festive and popular part of the season. The Royal Canadian Mint has turned a Proof silver $25 coin into an ornament of beauty.

Many people have a tradition of adding one or more new ornaments to the Christmas tree every year, to represent the year that has passed.

The Royal Canadian Mint offers a coin with an ornamental flourish, a Proof .9999 fine silver $25 coin with a colorful, high relief image of a glass ornament with a star at the center.

The coin is made with the advanced “Sheer Effect” technology, which the RCM would not explain, other than to note that the effect makes the color glitter under light.

With such a dazzling look, it’s the perfect item with which to continue the Coin World “12 Days of Christmas” list.