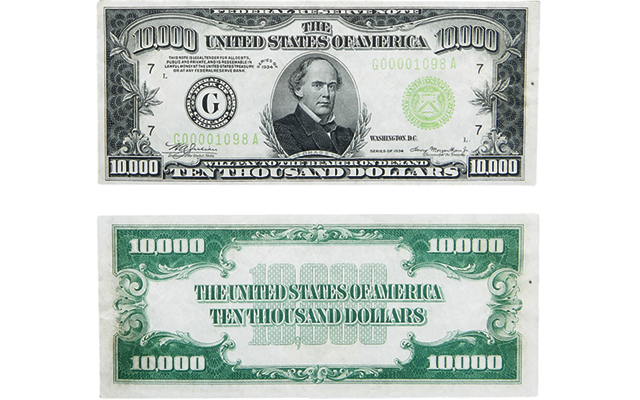 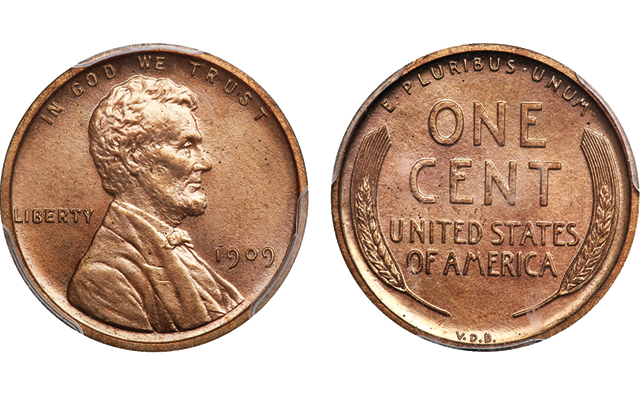 The note was part of the U.S. Coins and Currency Pre-Long Beach Auction Aug. 31 to Sept. 1.

The total of prices realized for the auction was approximately $2.5 million. All prices include the 17.5 percent buyer’s fee.

The note, graded Choice About New 55 Premium Paper Quality by PCGS Currency, is described in the catalog as “amazingly ‘fresh’ and original, with bold embossing, terrific paper quality, and outstanding eye appeal.”

The catalog indicates the note has “a minor bend or two” that “prevents a higher technical grade.”

According to the catalog, PCGS Currency “has, to date, graded a total of exactly 100 1934 series $10,000s from all districts; only 10 of those notes, including this piece, have been assigned the PPQ designation.”

The catalog describes the coin as having “layer upon layer of rich, deep magenta and blue toning spanning the surface, with golden accents, and all iridescence at a few angles…”

For more information about these and other lots in the auction, visit the firm’s website or telephone the firm at 310-551-2646.