World War I necessitates use of emergency money 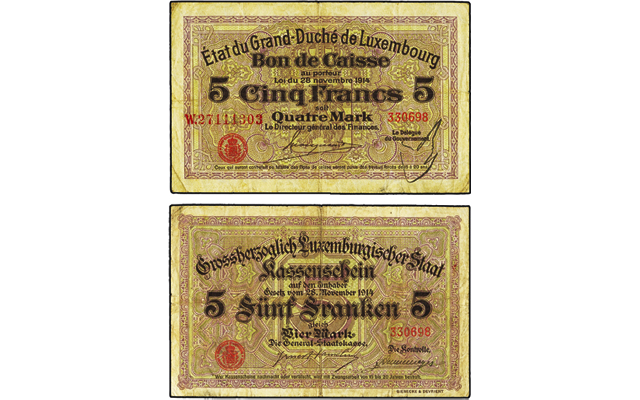 Emergency money like the note illustrated was needed after the invading Germany army marched through Belgium and Luxembourg en route to Paris. The Luxembourg note has bilingual inscriptions that identify its combination 5-franc/4-mark denomination. The denomination of 5 francs was equivalent to 4 marks. 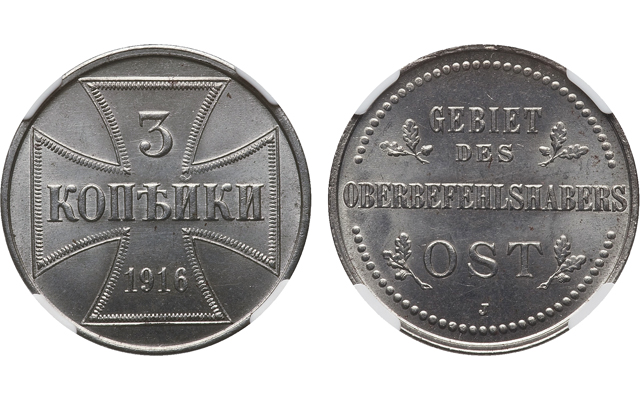 These 3-kopek coins were struck in iron in 1916 at Berlin and Hamburg, bearing the German military’s Iron Cross on the obverse. 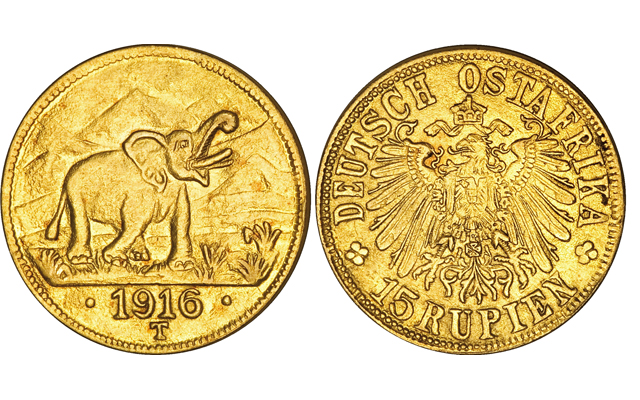 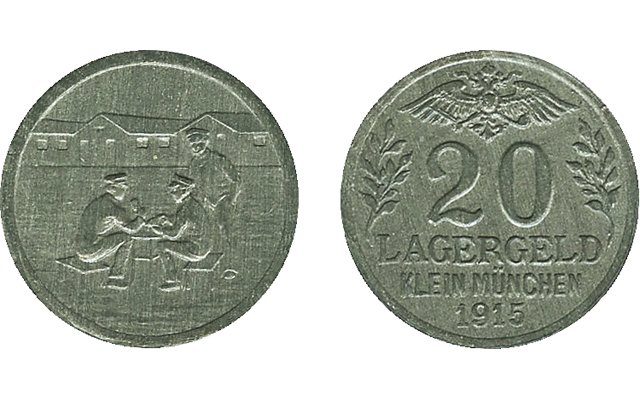 This 21-millimeter zinc 20-heller token was used by Allied prisoners at the German-run prisoner-of-war camp at Kleinmunchen.

Monetary concerns during World War I included the production of emergency currency issues in paper and metal form.

Some issues were to pay troops, and others to transact business in the areas where the money forms were executed or distributed. Some were used in prisoner of war camps.

As German military forces trekked through Belgium and Luxembourg on their way to capture Paris, the invaders needed emergency currency.

Some examples of these notes were printed in two languages and denominations.

One Luxembourg note has bilingual inscriptions that identify its combination 5-franc/4-mark denomination. The denomination of 5 francs was equivalent to 4 marks.

At the beginning of World War I, when the German army occupied part of the Russian Baltic region, residents of the occupied areas were not willing to give up their gold-backed Russian Czarist rubles.

These rubles were worth twice as much as the German mark. The Germans “would redeem ruble bank notes for gold to help finance the war, while at the same time devalue the money of their enemy,” according to Frank Passic in the Winter 1999 issue of the Central States Numismatic Society’s journal, The Centinel.

The German military regime authorized the minting of small iron kopek coins in Berlin and Hamburg in denominations of 1, 2, and 3 kopeks, bearing the date 1916.

The obverse bears the German military Iron Cross with denomination numerals in the center and the equivalent of “kopek” inscribed in Cyrillic.

The reverse has four oak twigs with a German legend meaning “region of the commander-in chief east.”

The letter A or J below OST on the reverse is the Mint mark, respectively, of the Berlin or the Hamburg Mint.

In German East Africa, gold 15-rupie coins were struck by the Deutsch-Ostafrikabische Bank in a temporary siege mint in Tabora to pay native troops when the main port, Dar-es-Salaam, fell to the Allies. Examples can cost several thousand dollars, depending on condition.