World notes depicting authors like having a personal 'book club' 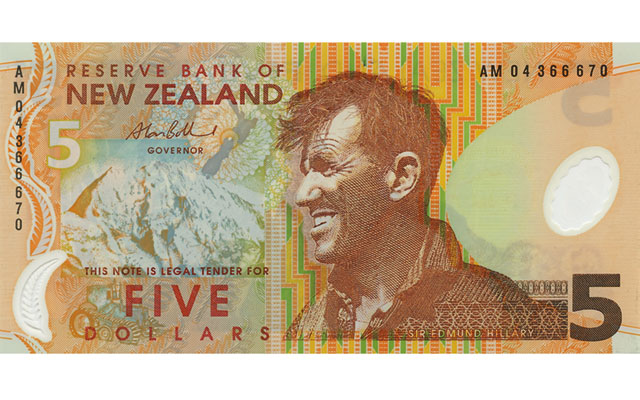 Editor's note: The following is the third of a three-part Coin World series about collecting paper money with portraits of authors, prepared by Michele Orzano for the March 2015 monthly edition of Coin World.

Let’s continue our journey around the world to look at just a few of the nations that have chosen to honor the written arts on paper money by depicting authors.

On the back of this note is a portrait of Mary Cameron Gilmore. She taught in many schools in New South Wales. In addition to teaching, she was a poet, journalist and social reformer.

New Zealand honored writer and native son, Edmund Hillary, with his portrait on the face of its $5 note issued from 1999 to 2007. The back design depicts a yellow-eyed penguin.

The late Sir Edmund Hillary was indeed an author, but he might be better known as the man who climbed Mount Everest in Nepal.

On May 29, 1953, Hillary and Tenzing Norgay, a Nepalese Sherpa guide, reached the summit of 29,028-feet. Hillary went on to write High Adventure: The True Story of the Final Ascent of Everest and View from the Summit: The Remarkable Memoir by the First Person to Conquer Everest.

This round-the-world trip is completed but the journey has really only just begun for collectors.

There were many countries we did not explore that offer portraits of writers on their bank notes. Most of the notes in this article are available for less than $10 from world note dealers.

Enjoy putting together your own bank note “book club.”