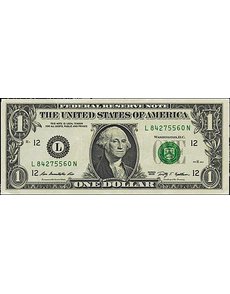 Certain restrictions do exist for the publication of photographs depicting United States paper money. This image is legally sized.

I have seen articles in the newspaper about the new $100 bill and I am surprised that publications are allowed to print nearly full-size images. Aren’t there laws prohibiting this, or at least laws that place limitations on the reproduction of currency?

The Counterfeit Detection Act of 1992, Public Law 102-550, codified in Section 411 of Title 31 of the Code of Federal Regulations, permits color illustrations of U.S. currency, assuming that they follow several stated rules.

The law there permits the printing, publishing or importation, or the making or importation of the necessary plates or items for such printing or publication, of color illustrations of U.S. paper currency, provided that:

The illustration is a size less than 75 percent or more than 150 percent, in linear dimension, of each part of the item illustrated. In other words, an illustration of a note can be significantly smaller or larger than the real thing, but cannot be the same size, or close to it.

The illustration must also be one-sided.

Finally, “All negatives, plates, positives, digitized storage medium, graphic files, magnetic medium, optical storage devices, and any other thing used in the making of the illustration that contain an image of the illustration or any part thereof are destroyed and/or deleted or erased after their final use.”

In Title 18 of the United States Code, Section 504 permits black and white reproductions of paper currency and other obligations, provided such reproductions meet the size requirement.

Photographs, printed illustrations, motion picture film, or slides of United States and foreign coins may be used for any purpose. In contrast, in some other countries you must request permission in writing before reproducing bank notes in advertising or for educational purposes or must label an illustration with the word SAMPLE prominently stamped across the image.

Other countries have their own restrictions on the reproduction of currency.

The Bureau of Engraving and Printing provides a useful resource regarding selected laws involving currency at www.moneyfactory.gov/historicallegislation.html.