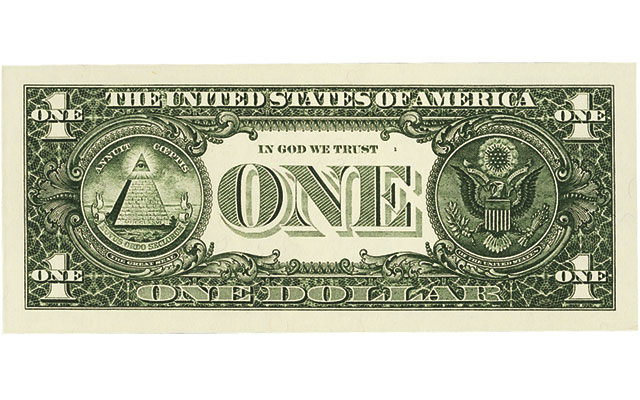 The back of a Series 1988-A $1 Federal Reserve note printed on the web-fed press. The numeral above the E in ONE is an indicator this is a "web" note. 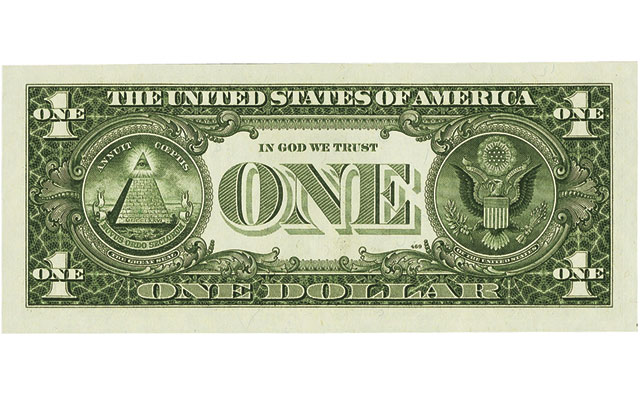 As a longtime subscriber to Coin World, and reaching a “dead end” on a serial number census of confirmed/known Series 1988-A $1 FRN third print on back “web” note errors, I am reaching out to my fellow readers for additional help.

I have compiled serial number information for the only two 16-subject sheets known for the overprint-on-back web-press error notes. Some 20-plus years after their printing, only five notes from each sheet are confirmed.

Any help from other collectors would be greatly appreciated.

Here’s a bit of background on Peterson’s topic. In July 1992 the Bureau of Engraving and Printing began printing Series 1988A $1 Federal Reserve notes on the experimental Alexander Hamilton web-fed intaglio currency press.

“Web notes,” as they came to be known, were printed on a continuous roll (or web) of currency paper, unlike the standard sheet-fed presses, thus their nickname.

The Series 1988A web notes were released into circulation without much fanfare. Series 1993 and 1995 $1 notes soon followed. Only $1 notes were ever produced on the web press, which was located at BEP headquarters in Washington, D.C.

On the back of web notes, the plate number appears above the E in ONE, rather than below it as on sheet-fed notes.

As for Peterson’s reference to an overprinting error, the seals and serial numbers were printed on the backs of the notes by mistake.

Anyone who could help Peterson may contact him via email.