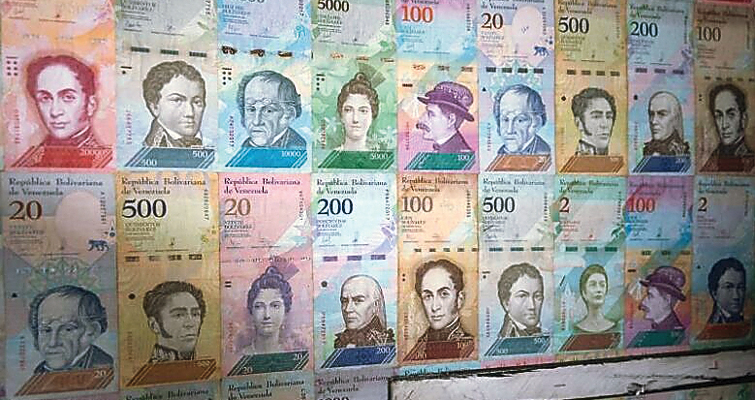 Jean Franco González is using the bank note portrait of Simon Bolivar and other heroes of Venezuelan independence on bank notes as a canvas for portraits of other individuals and other scenes.

Bárbara Agelvis, a reporter for La Prensa Latina Media, wrote from Caracas on July 16, that while the Venezuelan bolivar may be worthless, it is not useless. Artists have found a way to use the cash as a canvas for their art, and in the process enhancing them with symbolic and emotional “special” value.

One of them, 24-year-old Jean Franco González, is using the bank note portrait of Simon Bolivar and other heroes of Venezuelan independence on bank notes that are glued to a board backing that becomes the base for subjects such as landscapes, Salvador Dali, Frida Kahlo, local urban scenes, or whatever a client is willing to pay for. Among them have been representations of a movie scene, a sports car, or the smile of Batman’s foe, the Joker.

González says that these works are more popular than ones he does on canvas. “You have to grab this heap of paper, paper money, that at some point meant something good, and make it somewhat valuable again.”

He told another outlet, Today in 24, that people give him the currency as gifts. In fact, he has the entire devalued collection of Venezuelan bank notes from 1989 to date. He admits that he bought some of the older ones because people see the “canvas” also as a “collection,” and he needs to include them. Those older notes, he says, have a deeper intensity of color, and better quality and texture. 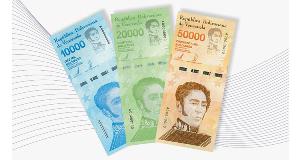 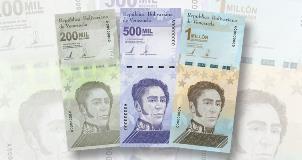