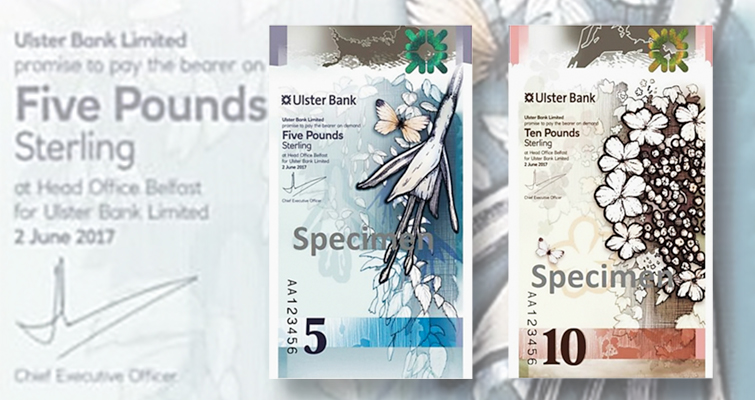 The UK will experience a “currency first” in 2019 when its first vertically oriented notes will be put into circulation by the Ulster Bank. 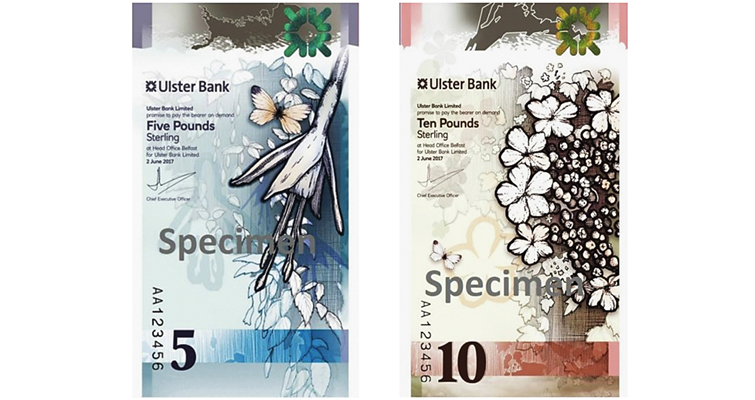 Ulster Bank will be issuing two vertically oriented notes in 2019, both made of polymer.

The United Kingdom will experience a “currency first” in 2019 when its first vertically oriented bank notes will be put into circulation. The £5 and £10 notes will be issued by Northern Ireland’s Ulster Bank.

Only the Bank of England issues bank notes in England and Wales, but in Scotland and Northern Ireland seven private banks are also authorized to issue them. All notes issued by the various banks are legal tender everywhere in the United Kingdom.

The new notes will be made of polymer and are designed around the theme of “Living in Nature.”

The blue £5 design will represent the importance of the sea and migration to Northern Ireland, and will show Strangford Lough near Belfast, a lake called County Down’s very own inland sea, and a flock of flying brent geese.

The brown £10 note, designed around the concepts of agriculture and heritage, features an Irish hare, guelder-rose shrubs, and Lough Erne, a pair of connected lakes in the northwest County Fermanagh. Now known as a scenic waterway, its has a legacy extending back to early Irish mythology and folklore.

Richard Donnan, head of Ulster Bank in Northern Ireland, explained the departure from the norm, saying, “Innovation is at the core of our bank, whether that’s through digital technologies, in our face-to-face services, or these designs.” 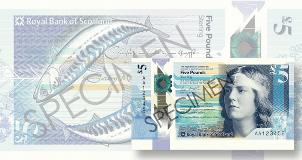 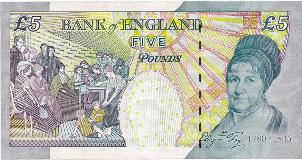 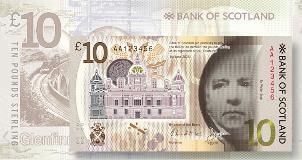