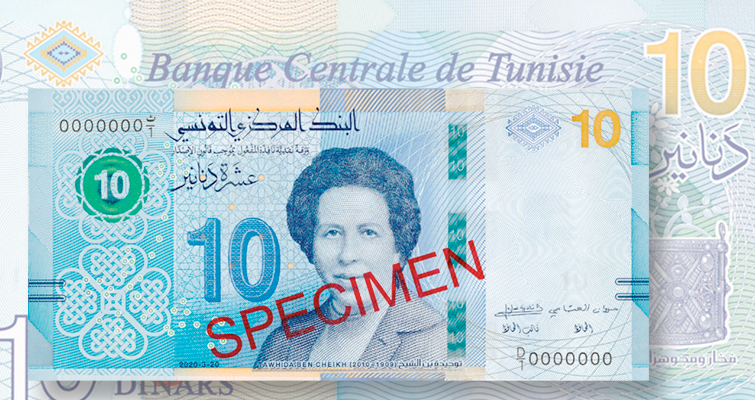 The first bank note in the Arab world to feature a woman was issued by the Central Bank of Tunisia on March 27.

The first bank note in the Arab world to feature a woman was issued by the Central Bank of Tunisia on March 27. The blue 10-dinar note ($1.46), measures 148 by 73 millimeters, and shows the bust of Dr. Tawhida Ben Cheikh.

Not only was she the first Muslim woman to become a medical doctor in North Africa in the 20th century, but as a specialist in gynecology, she was also a trailblazer in women’s health, particularly in the areas of contraception and abortion. Crane Currency mentions this is believed to be the first bank note in the world to feature a female doctor.

The face of the new issue shows a facing bust of the doctor above the words TAWHIDA BEN CHEIKH (1909–2010) in English and Arabic. There are also floral and arabesque patterns, and at the bottom edges, two horizontal lines for the visually impaired, easily recognizable by touch. It also has a watermark with the doctor’s portrait and the value, a security thread, and a color-changing circle with the denomination inside.

The back has vignettes of some pieces of pottery and Berber jewelry, along with floral and arabesque patterns. The text is mainly French.

The Omron rings — a device used by many countries, intended to prevent digital copying — appear on both sides, as does a see-though feature in the area of the watermark. A layer of varnish protects the two sides of the bank note against dirt and grease.

After completing her early education that included Arabic, French, the Quran, as well as modern subjects at Tunisia’s first public school for Muslim girls, Ben Cheikh enrolled at the School of Medicine in Paris. She earned her degree in 1936 and returned to Tunis, where she opened a women’s reproductive health clinic. She often provided free medical services to the poor.

She was also very active in the nationalist movement that won independence from France in 1956. She was an active proponent of family planning, and in the sixties and seventies instructed other doctors in related fields of specialty. 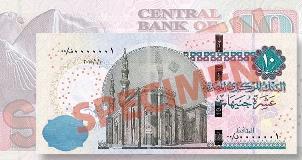 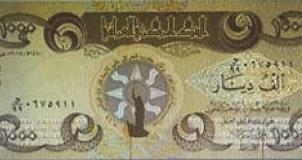