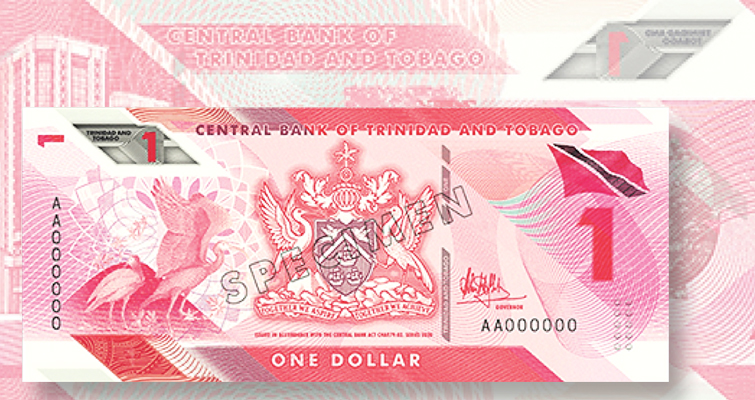 The Central Bank of Trinidad and Tobago has revealed the designs for its new series of polymer notes, including the $1 denomination.

The Central Bank of Trinidad and Tobago revealed concept designs for its new series of polymer notes on Aug. 5.

The blue-colored $100 bill was issued last December. The others, to be released later this year, will continue to have distinctive colors to help identify the denomination. The $1 note will be red in color, the $5 note green, the $10 issue gray, the $20 note purple, and the $50 note olive green, which will be a change from the gold color used for the 2014 and 2015 versions of the $50 note.

The face of each has the Trinidad and Tobago coat of arms in the center, with the national flag above a numerical designation of the denomination at the right. On the left is the same species of native bird for each note as is on the note it replaces: The scarlet ibis on the $1 note, the blue-crowned mot mot on the $5 note, the cocrico on the $10 note, a hummingbird on the $20, the red-capped cardinal on the $50 note and the bird of paradise on the $100 note.

The back of each note retains the twin towers on Independence Square in Port of Spain, but moved to the left from the center. The design on the $1 note replaces the Pointe-a-Pierre oil refinery with the Red House, the seat of Parliament. The $5 note has a view of people shopping at a produce market. A port scene is depicted on the $10 note, while the $20 and $50 notes have been modified with the addition of the same birds that are also on the face of each.

The old notes, with the exception of the already demonetized $100 note, will remain legal tender at least until the end of 2021. 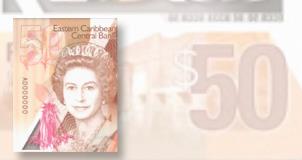 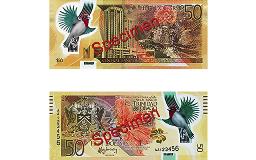 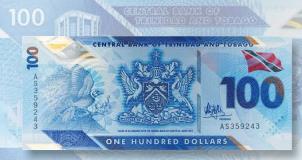