The Bank of Thailand confirms error notes with mismatched numbers 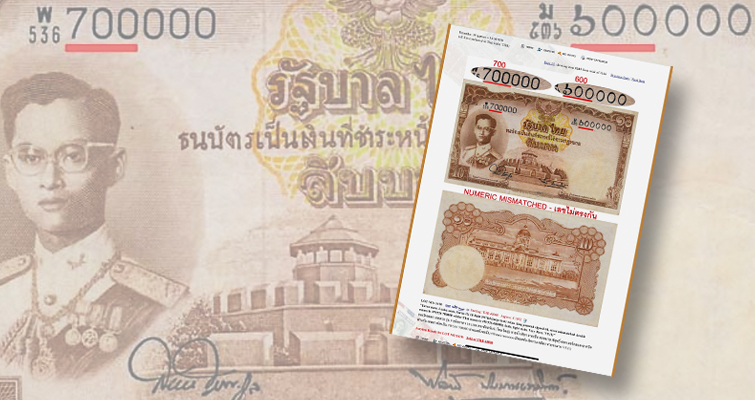 Earlier Bank of Thailand 10-baht notes with mismatched serial numbers include the ones shown here, offered at auction in August.

Officials of the Bank of Thailand admitted on Sept. 29 that there was a mismatch in the Thai and English numerals in the serial numbers of a lot of 20-baht bank notes.

The bank’s deputy governor, Wachira Aromdee, said the lot, which was printed by De La Rue International Limited, has different Thai and English numerals in the serial numbers and that after the discrepancy was discovered, it ordered a halt to the release of the remaining notes to commercial banks. The central bank is now retrieving the 20-baht notes from the lot already in circulation.

Wachira said the public did not need to panic as the notes with the printing error could be used as normal cash, and perhaps naively added that if anyone finds notes with the serial number discrepancy, they could exchange them at commercial banks or financial institutions with no charge.

This is not the first time such an error has occurred. In fact, says dealer Jan Aamlid, who lives in the Thai city of Pattaya, and whose firm, House of Coins Ltd., specializes in the coins, medals, and paper money of Scandinavia and Thailand, says it has happened before.

Aamlid recently visited the Note Printing Works, Bank of Thailand. He says he was told the polymer for the new 20-baht note was produced in Australia and the printing was done in Thailand. “From this it seems like Thomas de la Rue is also printing the new polymer 20 Baht banknote. During the years this mistake has happened at several occasions, and they are highly collectible,” but he adds, “I do not believe the value of the mismatching new 20 Baht polymer banknotes found in circulation will sell for as much as the ones in August.” 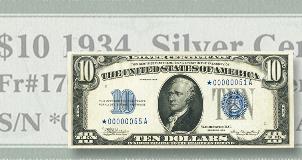 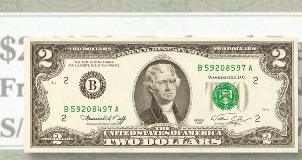 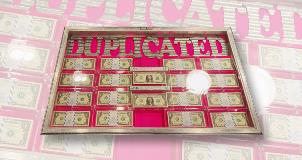