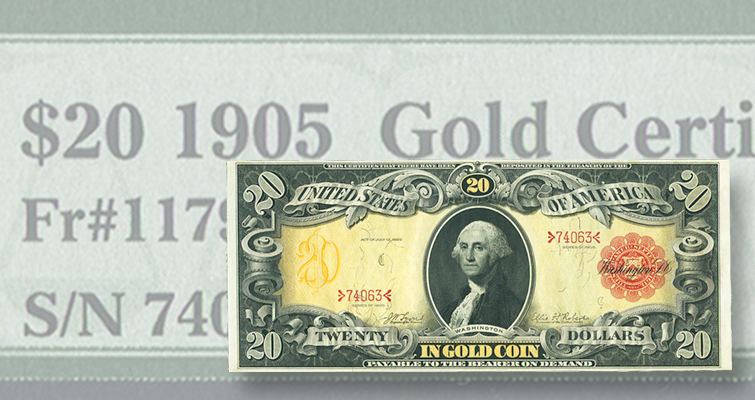 This Friedberg 1179 Series 1905 $20 gold certificate is graded Superb Gem Uncirculated 67 EPQ by PMG. It will be offered at the Heritage Currency Auctions Signature Sale in Philadelphia in August. 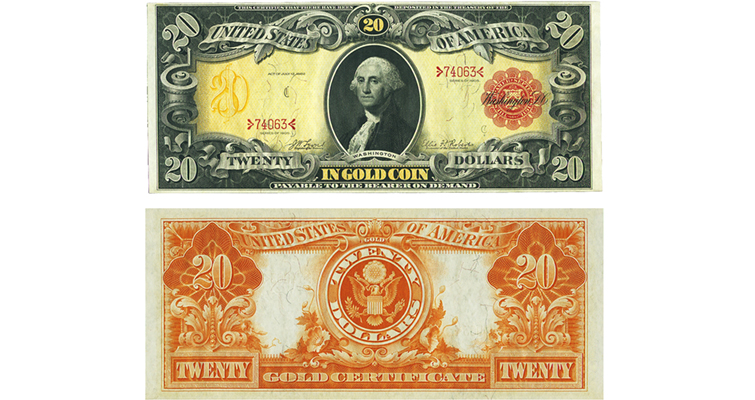 The Technicolor Note owes its name to its bright golden background, gold lettering, and brilliant red serial numbers and seal on the face.

The Technicolor Note is one of the legendary pieces of United States currency. Its owes its name to its bright golden background, gold lettering, and brilliant red serial numbers and seal on the face. It is unusual in that, while color was also used in the paper on issues such as the series of Series 1869 “Rainbow” United States notes, here it was employed as part of the design.

The Series 1906 and 1922 versions of the same note assumed a more prosaic presentation of gold on a white background.

The type exists with only two signature combinations: F-1179 has those of Judson W. Lyons and Ellis H. Roberts, while on F-1180 the signature of Charles H. Treat replaces that of Roberts as treasurer.

The F-1179 note is by far the scarcer of the two. Track & Price reports 189 known, of which only 13 rate a grade in the Uncirculated category. Heritage indicates that this is the only note given a 67 grade by PMG and that PCGS Currency has graded none higher than 65. The only note close to it is its sheet mate, serial number 74061, that was sold by Currency Auctions of America in 1999. The note in the Heritage ANA auction has the serial number 74063. The former was plate position “A,” this one is plate position “C.” 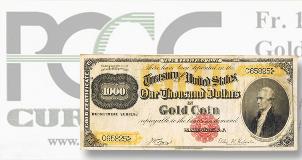 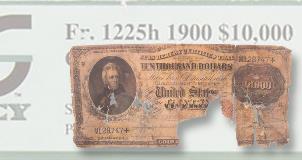 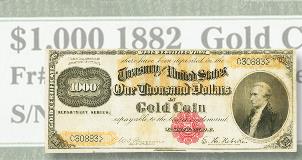