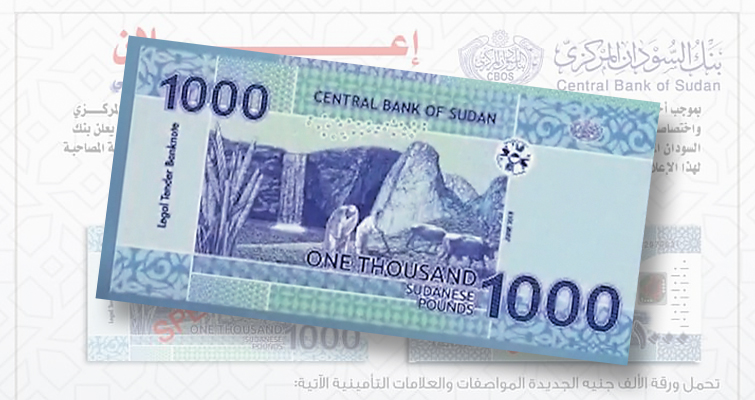 The Dabnaga Independent of Khartoum reports that rising inflation has led the Central Bank of Sudan to issue a new note with a face value of 1,000 pounds.

The Dabnaga Independent of Khartoum reports that rising inflation led the Central Bank of Sudan to issue a new note with a face value of 1,000 pounds, equal to about $2.19 U.S.

The news comes amid rising inflation in Africa’s largest country by area. It is the newest addition to a series that already includes notes of 100-, 200- and 500-pound denominations.

The note has an image of a factory on one side, and an agricultural scene in front of a waterfall on the other.

The Independent attributed the inflation to what it described as the “socioeconomic detritus of the 30-year dictatorship of Al Bashir.” Omar Hassan Ahmad al-Bashir was Sudan’s seventh head of state from 1989 until 2019, when he was deposed in a coup d’état. He was jailed, tried and convicted on  corruption charges. In his trial in Khartoum for currency offenses it was claimed he left Sudan’s economy in ruins and the value of the Sudanese pound at all-time lows against international currencies.

The three existing denominations were ordered by Al Bashir’s government trying to solve a long term and consistent liquidity crisis, but inflation only grew, fueled by rising imports of necessities and rising salaries, that led to the printing of even more bank notes. The United Nations says that the Sudanese pound has decreased in value by 2,000% over the last five years.

The Republic of Sudan should not be confused with the Republic of South Sudan, which gained independence from Sudan in 2011 and issued its own 1,000-pound note in February 2021. 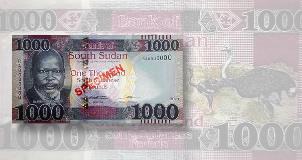 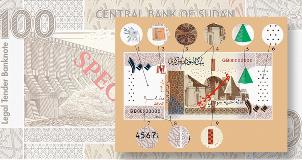 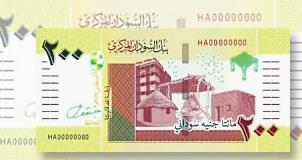