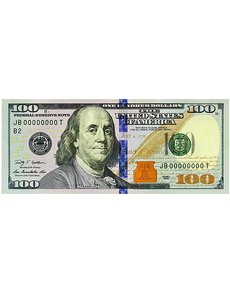 A Treasury Office of Inspector General report states that Series 2009 $100 Federal Reserve notes are being stored at the Bureau of Engraving and Printing’s two production facilities without adequate security.

Improved physical security for “NexGen” Series 2009 $100 Federal Reserve notes at both Bureau of Engraving and Printing plants is seriously needed, according to an initial audit report issued May 13 by the Treasury Office of Inspector General.

The Series 2009 $100 FRNs are sometimes referred to as NexGen notes because the designs bear additional color and security elements not found on the current generation of the denomination. Series 2009 $100 notes have not been released into circulation pending the correction of problems in the production process, so notes that have been printed are being stockpiled.

Inspectors “noted deficiencies related to the physical security over the NexGen $100 finished notes and work-in-process (WIP) sheets” at both the BEP’s Washington, D.C., headquarters facility and the Western Currency Facility in Fort Worth, Texas, according to a letter from Kieu T. Rubb, director of Treasury OIG procurement and manufacturing audits, to BEP Director Larry Felix.

The Treasury OIG Office of Audit and Office of Investigations began its audit in December 2010, which is ongoing. The audit is in response to a request from Daniel M. Tangherlini, Treasury assistant secretary for management, chief financial officer and chief performance officer.

Officials released the interim report now because they “consider these matters serious enough to warrant immediate corrective action by BEP.”

According to the audit report, the objectives of the audit are to assess:

➤ The physical security over the notes that have been produced.

➤ The BEP’s plan for the disposition of those notes.

➤ The BEP’s actions — taken and planned — to address the production problems.

The audit findings indicate inadequate security over Series 2009 $100 FRN finished notes and WIP sheets at the District of Columbia plant. According to the audit, inspectors observed that “approximately 54.4 million finished NexGen $100 notes” were stored in a production area. BEP policy requires the amount of finished notes remaining in the production area to “be kept to the absolute minimum necessary to continue operations.”

That same policy indicates that if finished notes are stored in a production area, “the notes should be stored in a security cage under lock and seal and should be moved as soon as possible.” The audit report states that as of January 2011, “Some notes had been stored in the area for over nine months. Normally, finished note products are moved to a secure, limited-access vault shortly after production.”

BEP officials are in the process of complying with the OIG recommendations, according to the audit report.

BEP officials responded to the audit findings that “the decision to store the finished notes in a production area was made after careful consideration and was based on multiple compensating controls in place, such as cameras, access control systems, locking mechanisms, etc.,” according to the report. ■