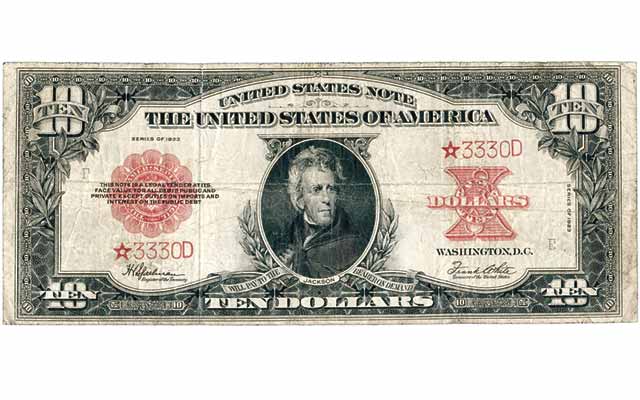 The first of them, leading off the evening, was “The Rickey Collection of Large Size Star Notes,” 289 lots of one of the more specialized subsets of paper currency. Star notes, notes used as replacements for ones found defective after production, are common in the small-size arena, but far less so among large-size notes. They did not exist until 1910. Stars on any earlier notes were decorative only, and although from 1910 until 1929 about 95 million star notes reportedly were printed, we do not know how many were put into circulation. Fewer than 9,000 are recorded today.

The leading bidder in this section of the auction is a stellar illustration of how much the business of shows and auctions for both coins and paper money has evolved over the last decade. This leading bidder was not sitting on the floor holding up a number, nor on the telephone, nor represented by a mail bid in a book on the table. Instead, more lots went to live bidding on the Internet than to any other venue. Only the auctioneer knows how many bid successfully via this medium — a situation that is inconvenient for the curious but a bonanza for those who want to build a collection in anonymity or who don’t feel like leaving the comfort of home.