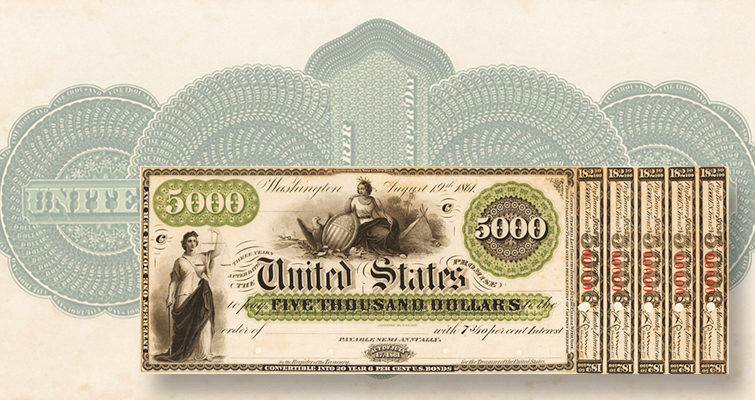 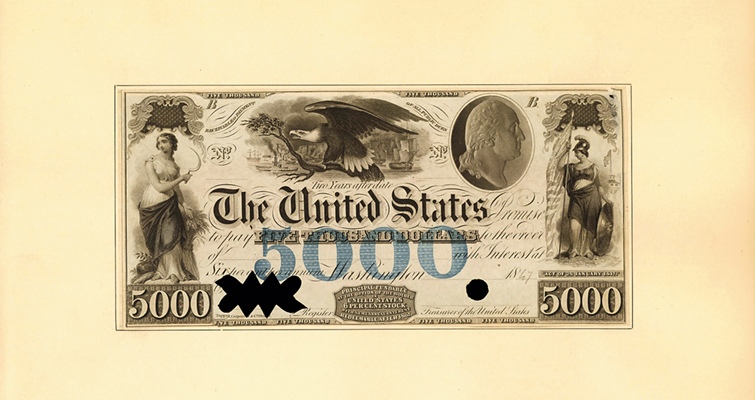 A highlight from the era preceding federal currency is a circa 1847 $5,000 Treasury note specimen (Hessler X115).

One of the finest collections ever assembled of American monetary instruments, the John E. Herzog Collection of United States Loan Certificates 1837-2000, will be sold by Stack’s Bowers Galleries at the American Numismatic Association World’s Fair of Money Aug. 14.

The collection was formed over five decades by Herzog, known in the trade for his affiliation with the firm of R.M. Smythe & Co. and as founder of the Museum of American Finance.

Many of the hundreds of items in his collection, most of which relate to the financing of conflicts, have rarely been publicly sold. Chronologically, the collection covers the eras of the Mexican, Civil and Spanish-American wars, the Liberty Loans of World War I, and U.S. Savings Bonds.

A highlight from the era preceding federal currency is a circa 1847 $5,000 Treasury note specimen (Hessler X115). The elaborate artistry shown is typical of the work of the New York engraving and bank note printing firms that thrived in the pre-Civil War period.

Included in the auction are several important Friedberg-listed interest-bearing note proofs. One lot offers the finest complete $5,000 interest-bearing note, F-211, dated Aug. 19, 1861, face and back proofs with all coupons attached. A second is the face proof of a $1,000 note, F-210, with the same date. All issued notes were redeemed so proofs are the only way this type may be obtained.

The collection of United States Liberty Loans issued from 1917 to 1919 is called the finest assembled for a public auction sale. It includes loans from the many different series, coupon types, and sizes sold to the public and larger investors. 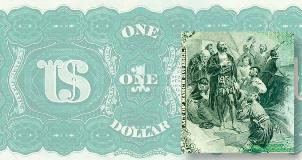 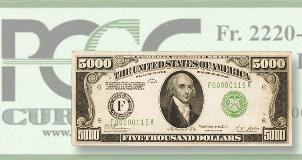 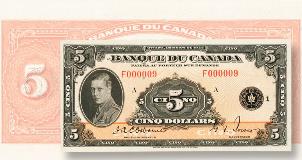