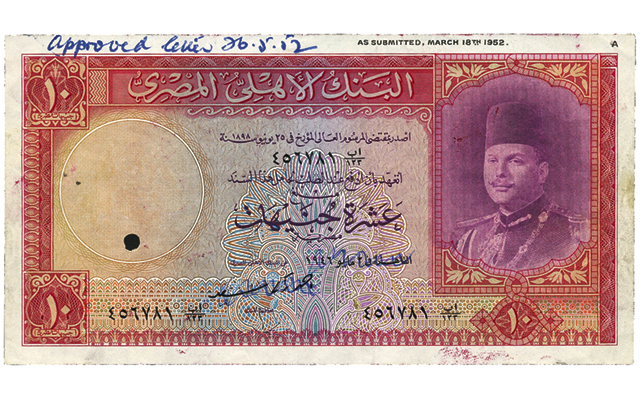 The note set a world record for an Egyptian note sold at auction, according to a Spink news release. The auction attracted buyers from around the world to bid on more than 2,200 lots of issued notes, color trials, composite essays, die proofs and specimens offered by Spink.

The three-day auction was the biggest sale of its kind Spink had ever held, according to the firm.

The specimen note (lot 420), was designed and prepared for issuance in 1952 but due to a revolution in which Farouk was overthrown, notes with this design were never released, according to the catalog description.

The back of the specimen note shows the ruins at Karnak with two images of a sphinx on the back.

The price includes the buyer’s fee.