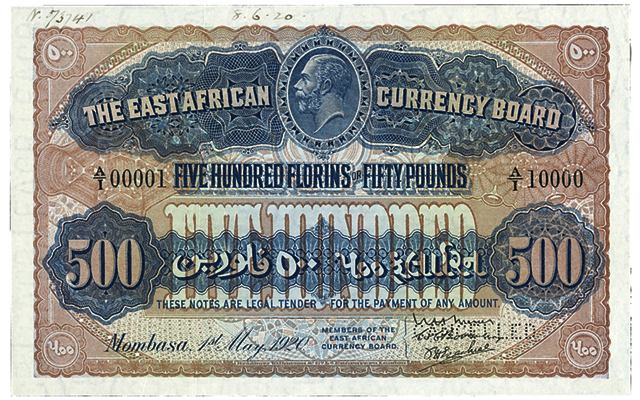 The specimen note was part of the more than 2,200 lots of world notes offered by Spink in London April 15 to 17. The three-day auction was the biggest sale of its kind Spink had ever held, according to the firm. Notes, color trials, composite essays, die proofs and specimens were offered.

The specimen, printed in dark blue and mauve brown on a multicolor underprint, is the highest denomination of its series and probably the only example of its type in existence, according to the catalog description. The note was graded Good Extremely Fine by the auction firm.