Senate approves Jacob Lew as secretary of the Treasury 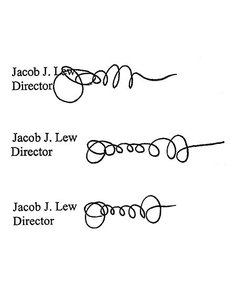 Jacob “Jack” Lew’s nomination to become the next Treasury secretary was approved 71 to 26 by the Senate on Feb. 27.

The vote by the full Senate was made after the Senate Finance Committee approved Lew’s nomination on a vote of 19 to 5 Feb. 26.

Lew’s confirmation hearing Feb. 20 before the Senate Finance Committee lasted a little more than three hours and touched on a number of topics concerning the economy.

No specific questions during the public hearing concerned coins or paper money.

As Treasury secretary, Lew will be responsible for national economic policy. U.S. Treasurer Rosa “Rosie” Gumataotao Rios has direct oversight of the United States Mint, the Bureau of Engraving and Printing, and Fort Knox, all part of the Treasury Department, and is a key liaison with the Federal Reserve.

Rios reports to the Treasury secretary through the secretary’s deputy.

Lew’s facsimile signature will appear on Federal Reserve notes along with that of Rios. President Barack Obama and others have commented, and joked, that Lew may have to modify his idiosyncratic signature to make it readable.

Historically, it has taken a minimum of six weeks to prepare new printing plates bearing the facsimile signatures of a new Treasury secretary or U.S. treasurer.

During President Obama’s first administration, Lew served as director of the Office of Management and Budget, and before that, as a senior official at the State Department. ¦