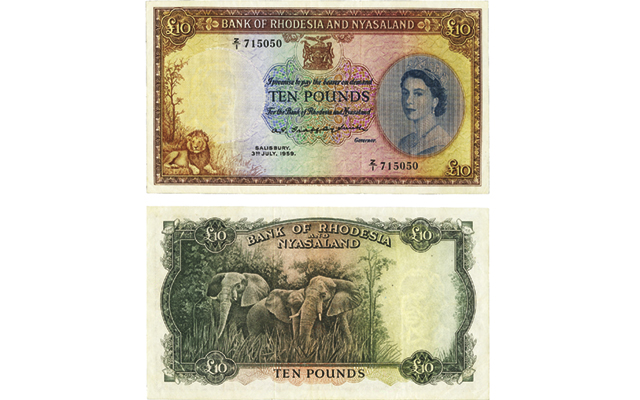 What does it take to create a collector? Among the elements are vignettes that catch your eye and an intriguing history.

A note like the one pictured here fulfills those elements and could easily launch a collection of world notes.

Heritage Auctions will offer in a Sept. 4 auction a 1959 Rhodesia and Nyasaland Bank £10 note with a portrait of a young Queen Elizabeth II on the face along with a smaller vignette of a lion. The back design shows three elephants grouped together in a clearing in the jungle.

A note like this one along with examples of current Malawi, Zimbabwe and Zambia notes would make a fun collection.