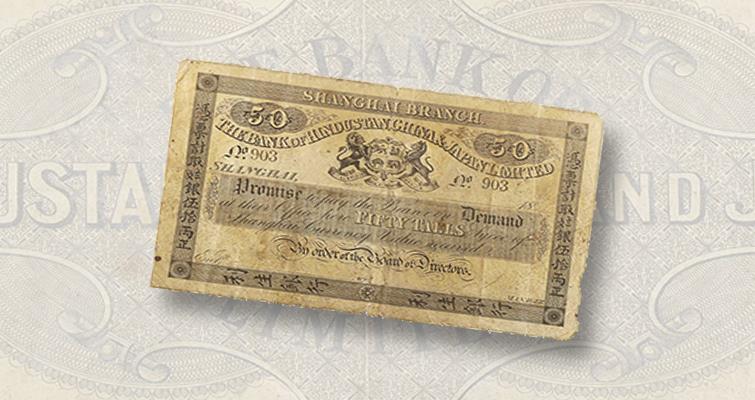 Selling at $48,000 was a rare Very Fine 20 unlisted remainder of a circa 1860s undated 50-tael note from the Shanghai branch of the Bank of Hindustan, China & Japan Limited. 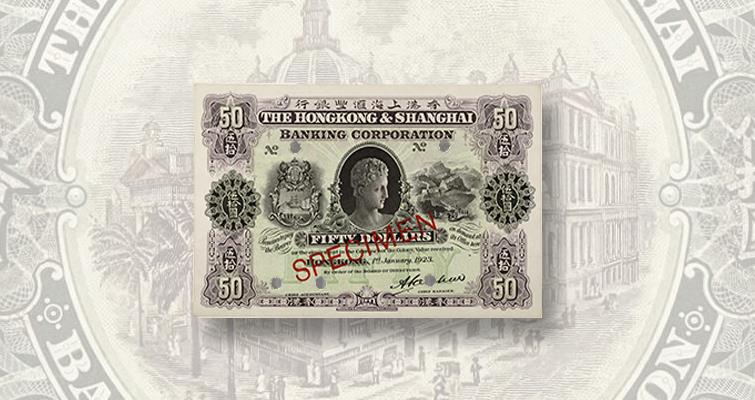 A final price of $52,800 was the result in Stack’s Bowers’ Hong Kong October auction for a PMG Gem Uncirculated 1923 $50 specimen note printed in London by Waterlow & Sons for The Hong Kong & Shanghai Banking Corporation. 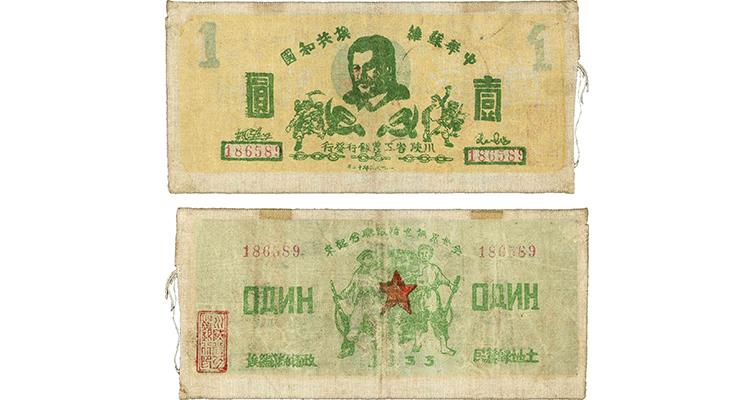 One of the most interesting and unusual lots in the sale was a note printed on cloth from a Chinese Communist bank in 1933. 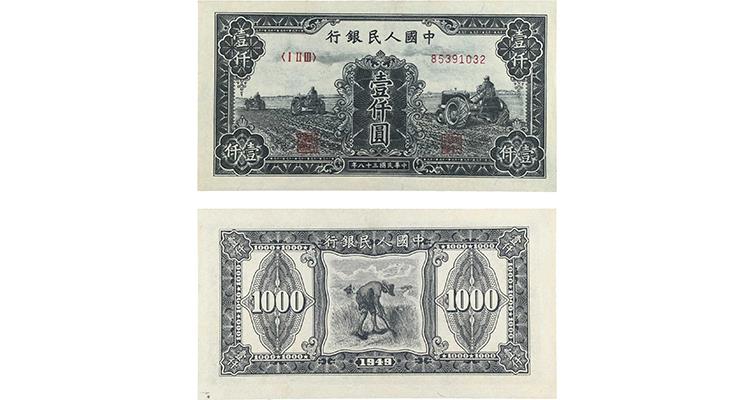 Four pieces of rare Chinese paper money sold for more than $25,000 each at the more than 3,000-lot Stack’s Bowers Ponterio Hong Kong auction that ended Oct. 13. All prices cited include the buyer’s fee.

A final price of $52,800 was the result for a Paper Money Guaranty Gem Uncirculated $50 specimen note printed in London by Waterlow & Sons for The Hong Kong & Shanghai Banking Corporation. It is dated Jan. 1, 1923. The face has a vignette of a bare-headed Mercury in the center with arms at left and the Great Wall on the right. The bank’s headquarters building is on the back. This was the first time the auction firm ever offered this piece.

Close behind and also offered for the first time, realizing $48,000, close to its upper estimate of $50,000, was a rare Very Fine 20 unlisted remainder of a circa 1860s undated 50-tael note from the Shanghai branch of the Bank of Hindustan, China & Japan Limited. The actual notes were printed in 1863, but are so rare that they are normally found only as remainders. This bank, headquartered in London, existed only from 1863 to 1866, when it failed during the worldwide Panic of 1866. It also had branches in Calcutta, Bombay, Hong Kong, Manila, and Singapore.

Even though it may not win any prizes for beauty, one of the most interesting and unusual lots in the auction was a note printed on cloth from a Chinese Communist bank in 1933. The Szechuan-Shensi Provincial Soviet Workers and Farmers Bank issued this 1-yuan note with a hybrid Sino-Soviet theme. The center of the face has a bust of Josef Stalin in the center with what are described as a pair of Chinese Communist Party versions of the hammer and sickle emblem below. Next to them are a pair of soldiers spreading the gospel of the revolution. The back has a red star between two Chinese Red Army soldiers and “1933” below. It also has a stamp and two serial numbers in red and the word for “one” in Russian repeated twice. The lot description mentions that while Stalin is depicted on this note, he was never shown on Russian currency. The selling price was $31,200. PCGS Currency graded it as Very Fine 25 Apparent with mounting remnants on the face in the corners.

An American Bank Note Company 100-dollar specimen note from Oct. 1, 1909, in Choice Uncirculated 63 from Ta-Ching Government Bank sold for $27,600. Qing Dynasty politician, diplomat, and general, Li Hongzhang (1823 to 1901) is on the face along with the 15th century Temple of Heaven in Beijing. In the center is a green and orange guilloche. A gazebo appears on the back. Serial numbers of red zeroes are on both sides.

Also sold at $26,400 was a $1 note issued by the Hong Kong & Shanghai Banking Corporation in December 1873 in PMG Choice Very Fine 35. It was printed by Ashby and Company in London. 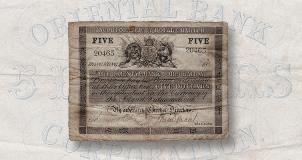 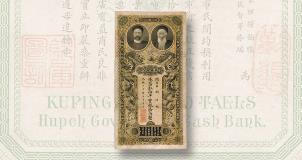 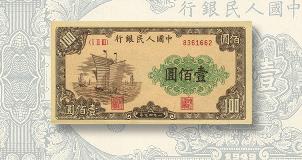