Rare 5-rupee note of India sells for $5,000-plus in Spink auction 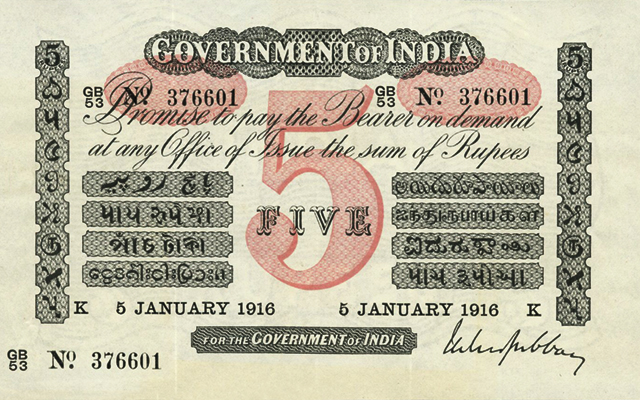 A rare 5-rupee note issued by the Government of India in Karachi in 1916 sold for $5,297 in a London auction by Spink.

The auction offered bank notes from around the world, and the Indian note had an estimated value of £2,500 to £3,500. It was described as having some “toning on the reverse and some light folds and creases,” but was graded Extremely Fine, according to the catalog description.

Karachi was a part of India before the country was partioned by Great Britain in 1947 into two states — India and Pakistan.

At that time Karachi became the first capital of Pakistan. Islamabad took over that title in the 1960s.

For more information about the prices realized from this auction, visit the Spink website.