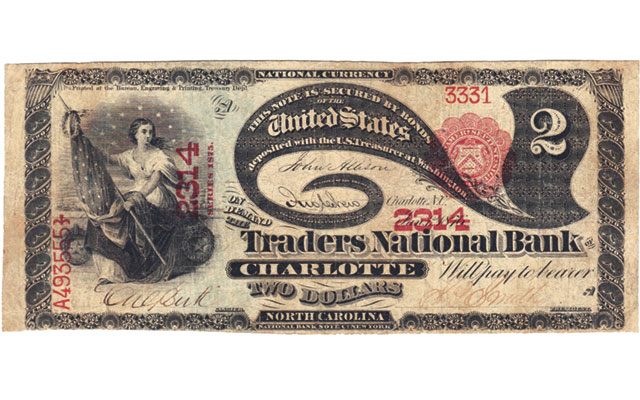 The First Charter $2 note issued by the Traders National Bank of Charlotte (North Carolina), described by the auction firm as “one of two collectible specimens for the bank,” realized $30,420 in an Oct. 25 sale by Manifest Auctions.

Also offered was a Series 1902 $5 note issued by the Harney County National Bank of Burns (Oregon), one of only four large-size notes known to exist from the bank. No grade was given for the note, which had an estimate of $10,000. It sold for $7,605 with the buyer’s fee.

For more information about the auction, telephone Manifest Auctions at 864-520-2208.