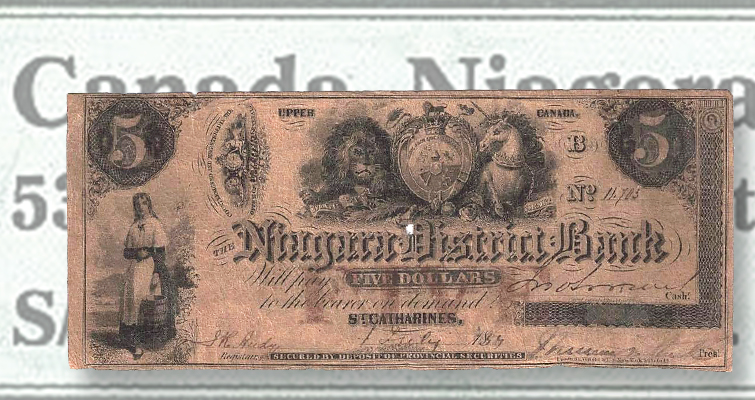 An 1854 $5 note from the Niagara District Bank was picked up at a flea market in upstate New York; the note is very rare and may be unique in private hands. Certified VG-10 by PMG, the note is described as “Raised,” suggesting that it was a $1 note fraudulently modified to pass in circulation as a higher denomination. 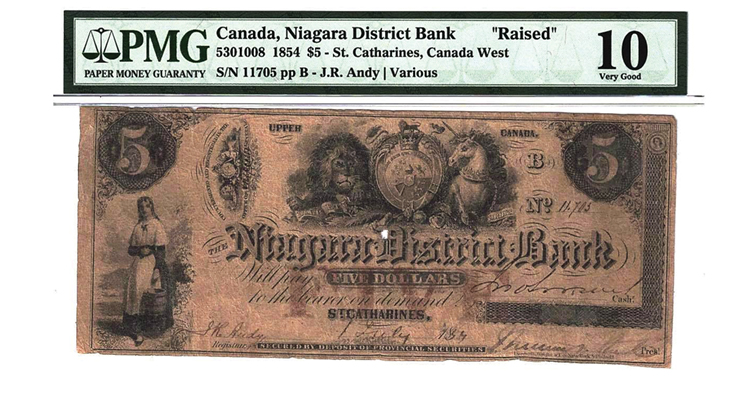 Raised notes were fairly common, as people change the denomination to increase its face value. 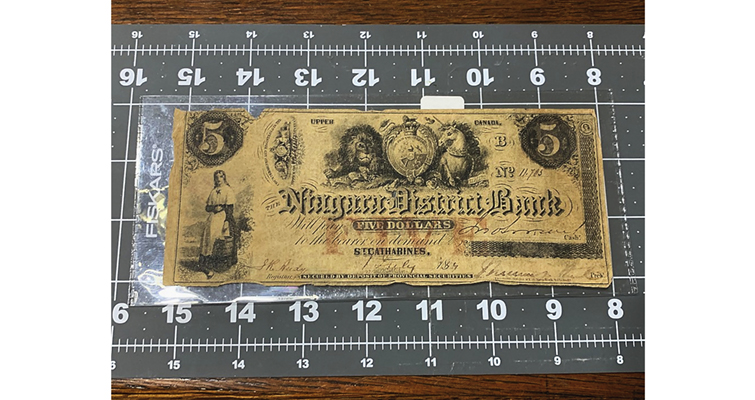 The Niagara District Bank was originally chartered in 1841, but due to a lack of capital, could not issue notes until the 1850s. It was eventually absorbed by the Imperial Bank of Canada in 1875. After a series of mergers, the Canadian Bank of Commerce was formed in 1961, including elements from the Imperial Bank.

A rare note from a Canadian provincial bank is reported to have surfaced at a flea market in upstate New York in early September.

The $5 note, printed and issued by the Niagara District Bank, St. Catharines, in 1854, was certified Very Good 10 by Paper Money Guaranty later in the month.

PMG describes the note as “Raised,” suggesting that it may have originated as a $1 note that was fraudulently altered to pass in circulation as a $5 note. Even if raised, the note is still considered rare and collectible.

The institution was chartered in 1841 as the “Bank of the Niagara District” but  was unable to issue notes until 1853 due to a lack of capital. The Niagara District Bank operated branches in Ingersoll, Port Colborne, and St. Catharines. They began issuing notes in 1854, with $1, $2, $5 and $10 notes printed by Danforth, Wright, and Co., based out of New York and Philadelphia.

Very few of the first Niagara District Bank notes were ever produced for the St. Catharines branch (then part of Upper Canada, now Ontario), and the vast majority exist only in institutional collections. The $5 and $10 1854 notes are modified versions of the $1 note, meaning that all three share major design elements. A lion and a unicorn flank a royal crest. A milkmaid appears at left. However, some differences in the designs exist.

Many of the extant examples are modified $1 notes that were fraudulently “raised” to the rare $5 and $10 denominations. PMG often uses the “Raised” designation to identify such modified pieces. The label is not an absolute guarantee that the note is fraudulent, but given how exceptionally uncommon $5 notes are, it is more likely that this $5 note is one of these contemporarily modified $1 notes.

The note itself clearly saw some circulation, as its edges have small tears and a chunk is missing from the center, at the D in DISTRICT.

The Niagara District Bank received another charter in 1855 and continued producing notes until 1872. It was absorbed into the Imperial Bank of Canada in 1875. 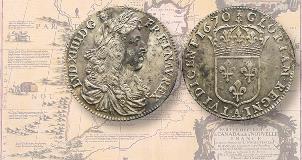 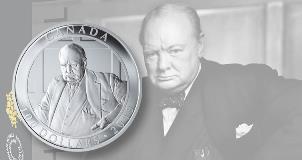 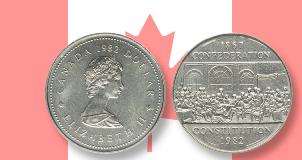