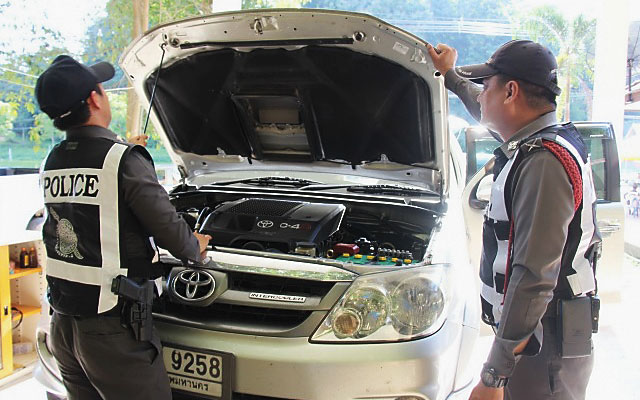 Thai police search a vehicle allegedly used in the transport of fake Thai paper money. Three men, including a police officer, were arrested in connection with the forged paper money.

Three men, including a Thai police officer, were arrested and charged with possession of forged bank notes.