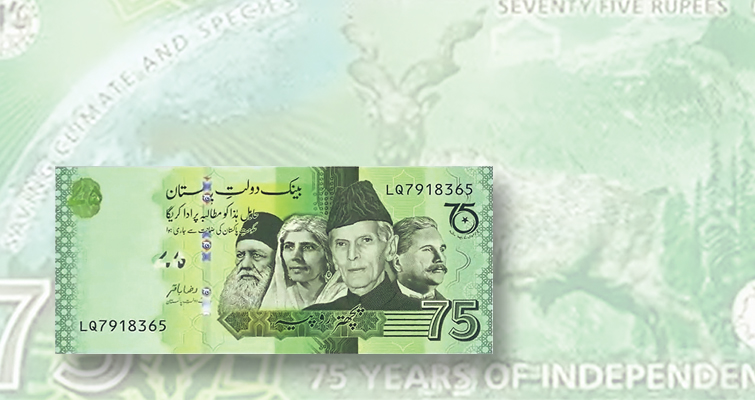 The State Bank of Pakistan unveiled a 75-rupee commemorative bank note in honor of the nation’s 75th anniversary of independence on Aug. 14 in a ceremony at the bank’s museum.

The State Bank of Pakistan unveiled a 75-rupee commemorative bank note in honor of the nation’s 75th anniversary of independence on Aug. 14 in a ceremony at the bank’s museum. It will be issued on Sept. 30.

The note is 147 millimeters by 65 millimeters and is predominantly emerald green in color with shades of white and yellow.

Portrayed on the face are Quaid-e-Azam Muhammad Ali Jinnah at foreground, Fatima Jinnah at left, the pair flanked by Sir Syed Ahmed Khan and Allama Iqbal. The bank says the images represent the struggles Pakistan’s founders faced in working for the country’s independence. Green represents growth and development, and relates to Pakistan’s Islamic identity. White, the bank declares, “emphasizes its population’s religious diversity.”

Pakistan came into being Aug. 15, 1947, a result of the partition of British India into independent dominions, predominantly Muslim Pakistan and Hindu India.

Quaid-e-Azam Muhammad Ali Jinnah led the struggle for independence and brought it to fruition. He became the face of the nation and symbol of its unity.

His younger sister, Fatima Jinnah, is known as mother of the Pakistani nation. She was a dental surgeon, but also her brother’s closest confidant.

The poet-philosopher Allama Muhammad Iqbal provided the philosophical underpinning for a separate Muslim identity. He was the first to propose the idea of a separate Muslim homeland on the Indian sub-continent.

Sir Syed Ahmed Khan is considered to be the pioneer of the Two-Nation theory and Muslim nationalism on the sub-continent. He was one of the most prominent Muslim reformers and educators in South Asia, advocating modern education and reforms in Muslims for the changing environment.

The back of the note pictures Deodar trees and Pakistan’s national animal, a markhor, also known as a screw-horned goat. These are meant to symbolize Pakistan’s priority of environmental protection. In addition to “75 years of independence” printed at the bottom, “Saving climate and species” is printed in the upper left corner. It is based on artwork created by Sara Khan, described by the bank as a young and upcoming Pakistani artist.

The color scheme, design and message were conceived by the internal bank note committee at the bank and were integrated into a final design by the designers at De La Rue in the United Kingdom. Security features include the Urdu numeral 75, which looks complete held to the light; a security thread with pulsing holographic rainbow effect and micro-lettering of SBP and 75; and a watermark of Quaid e Azam’s portrait.

The portraits and numbers are in raised printing, allowing identification by the visually impaired.

This is the second commemorative bank note to be issued by the central bank. The first was in 1997 to mark Pakistan’s Golden Jubilee. 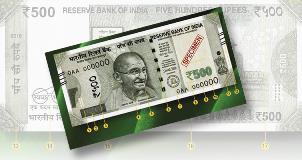 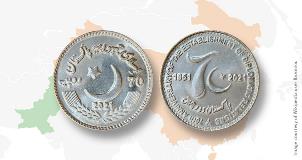