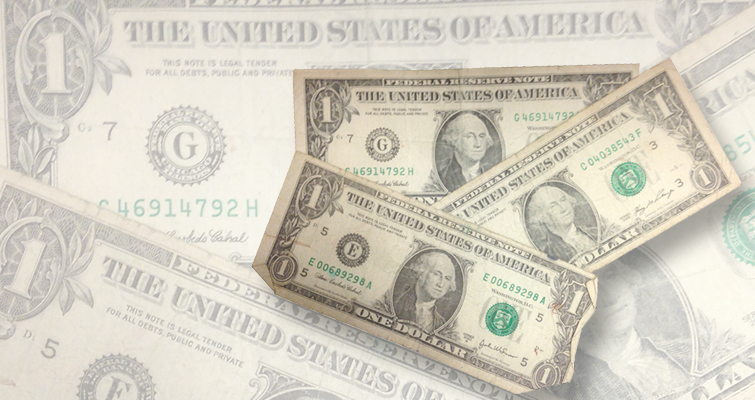 A recent article in Scientific American summarizes a series of studies that reveal just how dirty U.S. paper money can be.

Numismatics, the study of money, takes on an entirely new dimension in a recent article in Scientific American by Dina Fine Maron. Money, she discovered, is disgusting. My father always called working in numismatics as dealing in the “grime of centuries,” and he always implored me to wash my hands after touching them and before doing anything else. I don’t think he realized how right he was, but thanks to Maron, now we do.

A piece titled “Dirty Dollars: The Public Health Case for a Cashless Society,” summarizes a number of studies that have been made in recent years with the comment that “perhaps all money should be laundered.”

A U.S. Air Force study of 68 $1 notes in 2002 found that 94 percent of them contained forms of bacteria, some of which could cause pneumonia or other infections. More recent studies deliver even more bad news. Part of the problem for U.S. currency is its 75 percent cotton and 25 percent linen paper. Unlike polymer-based substrates that are essentially plastic, it is porous and those crevices serve as a bacterial breeding ground. With paper, the longer a note stays in circulation, the more contaminated it can become. Since the lower denominations change hands so frequently, they have greater exposure to pathogens, some of which can survive on them for months.

Maron went on to delineate what she called a “rogue’s gallery” of hazardous little microbes that have made their way from noses, hands, and aprons onto money, as well as a variety of yeasts and molds that made a similar journey. Among them: the antibiotic-resistant bacteria responsible for MRSA that can create life-threatening blood infections; e coli bacteria; and another that causes diarrhea, urinary tract infections and kidney failure. Not surprisingly, traces of cocaine and heroin have also been found.

The Wall Street Journal mentions an ongoing, as yet unpublished study at New York University’s Center for Genomics and Systems Biology that found about 3,000 types of organisms on a sample of only 80 $1 bills. In addition to bacteria linked to pneumonia, food poisoning and staph infections, they also found bills with DNA traces from various animals, including a white rhino.

The Federal Reserve System said there are no plans to change the paper composition and cited a 1982 study that showed a poor survival rate for flu viruses on environmental surfaces as proof that currency was not a good transmission agent.

The story also makes a pitch for a cashless society as a public health measure rather than as a matter of crime prevention or economic policy. It says card-based payment systems eliminate the need for handling money, and concludes that its better to clean keypads. 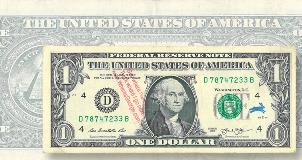