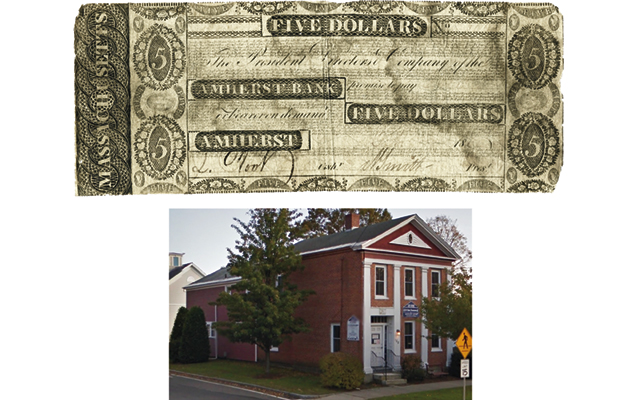 Nearly 10 years ago, Whitman Publishing Co. set me on the Owl Creek Project, as publisher Dennis Tucker code-named it (from a wise-looking owl shown on the notes of the Owl Creek Bank of Mount Vernon, Ohio, 1816).

The goal is to list every state-chartered bank that issued paper money from the late 18th century to 1866, to list all known notes with estimated rarities and prices, and to give a short history of each bank. About 17 volumes are in the offing! Today, Caitlyn Mitchell, a Whitman editor, is immersed full-time in it. Volumes 1 and 2 will make a debut at the June 12 to 15 International Paper Money Show in Memphis, Tenn. Details can be found on the Whitman website.

Recently, Caitlyn has been working with John Ferreri and me on the state of Massachusetts. In the era of obsolete paper money the state had nearly 300 note-issuing banks. These have been studied over the years, including by James A. Haxby in his magisterial Standard Catalog of United States Obsolete Bank Notes, 1782-1866, published in 1988. Most research by various scholars was done before the Internet era.

I delved into the Amherst Bank of Amherst, Mass., established in that town in 1831, and learned of a great scandal when its cashier, Luther Root, stole tens of thousands of dollars. This was discovered in 1838 and precipitated the bank’s downfall. It closed in the early 1840s. Today, bills of the bank are very rare, as most were redeemed and burned.

In digging a bit deeper on the Internet, I found that the Amherst Bank had been established under another name, as the Sunderland Bank in the town of Sunderland, on Feb. 26, 1825.

To house the bank, a Greek Revival-style building was erected to its order on Main Street and still stands today.

The founding president was Nathaniel Smith and the first cashier was Luther Root. It was a prolific issuer of notes, printed by Perkins in Newburyport, Mass.

On June 13, 1831, the legislature approved a name change to the Amherst Bank and a move to that town, which offered a larger venue for business. Smith and Root did this and kept their offices.

Nowhere in numismatics, at least so far, have I come across a mention of the Sunderland Bank, and it seems that not a single note is known from it! This was exciting to learn. I did more research and in time will do an article for Paper Money magazine.

In the meantime, if you can find a nice Sunderland Bank note, it would probably be worth on the long side of $5,000!