Notes from the Americas lead bidding in Stack’s Bowers sale 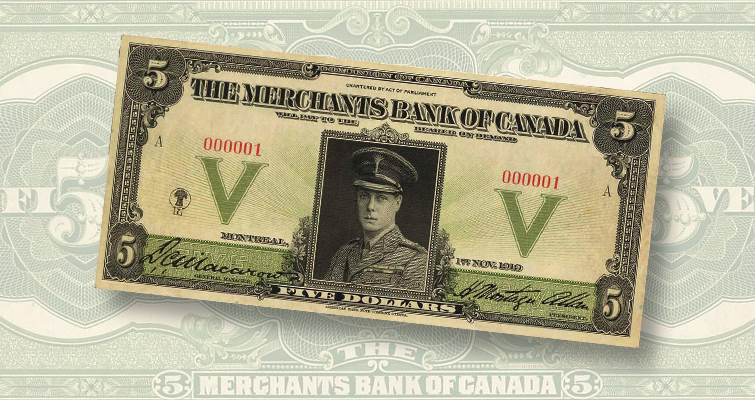 Realizing $48,000 in Stack’s Bowers Galleries’ April auction of world paper money was a serial number 1 $5 note from 1919 issued by Montreal’s Merchants Bank of Canada. It has the bust of Edward, the Prince of Wales, in military dress in a square frame on the face flanked by a pair of V’s.

The Stack’s Bowers and Ponterio Hong Kong auction on April 5 and 9 realized $1,372,444, with the two highest prices brought by notes, not from the Far East, but from the Americas.

The firm had expected as much when it said before the auction that it was including a broader array of notes from around the world in this sale than it has in the past because of the increasingly varied interests of its audience. The two notes sold for $48,000 each.

One was a serial number 1 $5 note from 1919 issued by Montreal’s Merchants Bank of Canada. It has the bust of Edward, the Prince of Wales, in military dress in a square frame on the face flanked by a pair of V’s. The back is mostly ornate green lathework. The note was printed by the American Bank Note Company in Ottawa and was graded Extremely Fine 40 Exceptional Paper Quality by Paper Money Guaranty.

Included with the note is an envelope reading: “First 5 Dollar Note of ‘a’ series issued by the Merchants Bank of Canada: to coincide with the Prince of Wales visit November 1919.” The note included a different portrait of the prince also printed by the ABNC.

The other lot to realize $48,000 was a PMG Choice Uncirculated 64 EPQ Republic of Panama 10-balboa note of 1941. Printed in New York by the Hamilton Bank Note Company, it is one of only 11 graded by the service and the second best. The central vignette is a view of Panama Viejo, now a UNESCO Cultural World Heritage Site dated to 1519. It was the first permanent European settlement on the Pacific Ocean.

The note owes its rarity to its short lifetime. El Banco Central de Emisión de la República de Panamá was established under the authority of President Arnulfo Arias on Sept. 30, 1941. Although it was authorized to issue up to 6,000,000 balboas’ worth of paper money, it released just 2,700,000 balboas’ worth on Oct. 2. Arias was deposed in a United States-sponsored coup on Oct. 9. The bank was closed, the issued notes were withdrawn, and everything else was incinerated.

The top-selling Chinese note was an extremely rare 1907 $25 specimen note printed by Giesecke+Devrient for the Deutsch-Asiatische Bank’s Tientsin branch. It carried a PMG grade of Choice Very Fine 35 and sold for $33,600. The face has a half-length bust of Germania seated holding a spear on the right. It is perforation canceled with the word DRUCKPROBE, meaning “specimen.” 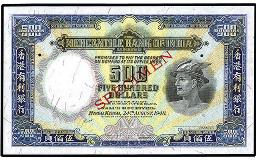 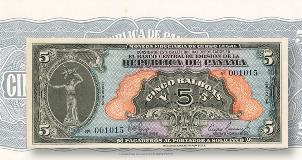 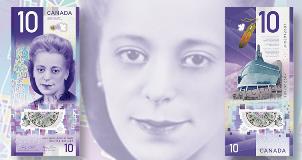