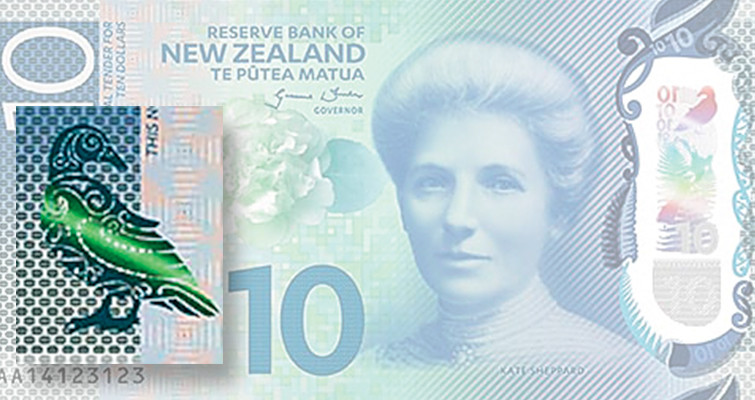 New Zealand is introducing a new series of polymer notes with designs that are little changed from the current series but that will include many new features.

Image courtesy of the Reserve Bank of New Zealand 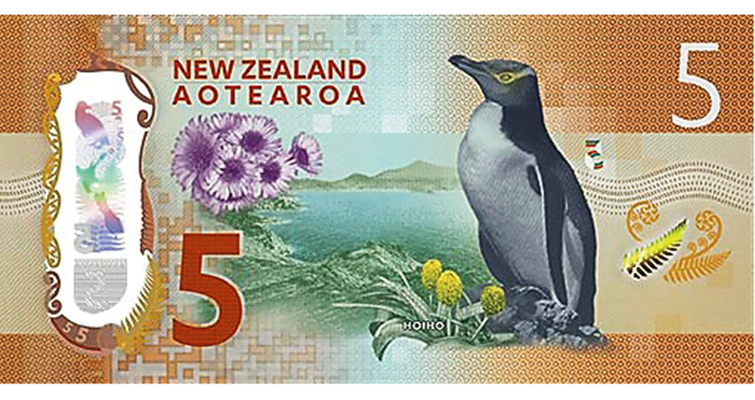 Back of the new $5 note from New Zealand illustrates some features of the new generation of notes from the Reserve Bank of New Zealand, including the window visible from both sides. 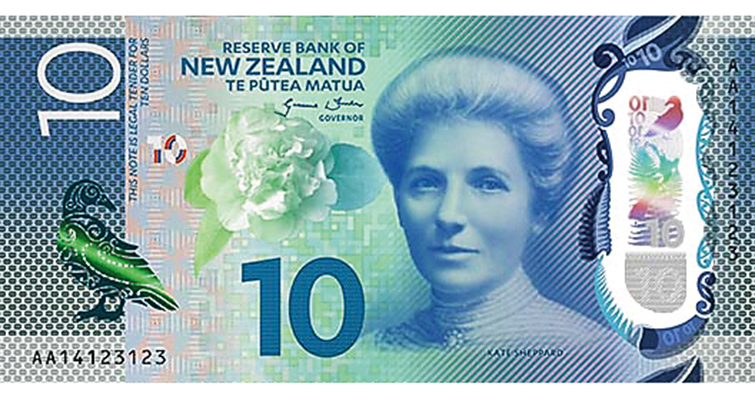 Face of the new $10 note illustrates some features of the new generation of notes from the Reserve Bank of New Zealand, including the window visible from both sides.

“The more things change, the more they stay the same” may be an appropriate theme for the bank notes the Reserve Bank of New Zealand will release beginning Oct. 15. On that date new $5 and $10 notes will start circulating, and $20, $50, and $100 notes are scheduled to enter circulation beginning in April 2016.

The new notes, the seventh series, will be the same sizes as the current, sixth series bank notes, and will still be made of polymer. Both issues will circulate side by side as legal tender. The themes of the notes are the same, with the same famous New Zealanders, Queen Elizabeth II, and flora and fauna dominating the designs. However, the bank says, the new notes are brighter, bolder and clearer, with more than a half dozen new features to deter counterfeiting and aid blind people and those with low vision, as well as other details to call attention to the nation’s indigenous culture.

On the face of each note, to the lower left, is a holographic representation of a bird (the same bird depicted in the window, with the species of bird differing by denomination). New is that the bird hologram changes color when the note is tilted, as a rolling bar travels diagonally across the avian.

Opposite the bird hologram, on the back of the note, is a fern window that shows the same color-changing effect as found on the bird.

Other anti-counterfeiting features include microtext, a fluorescent square, and raised ink that can be felt on the face and back.

Larger numerals, greater color contrast, and clearer backgrounds all are designed to help the sight-impaired.

Finally, elements of the native Maori language are used along with their English counterparts: Aotearoa, the Maori name for New Zealand, and Te Putea Matua, the Reserve Bank of New Zealand’s Maori name. The names of the native birds on the reverse of the notes (hoiho, whio, karearea, kokako, mohua) will continue to be written in Maori.

The notes are designed and printed by the Canadian Banknote Company at its plant in Ottawa, Ontario.