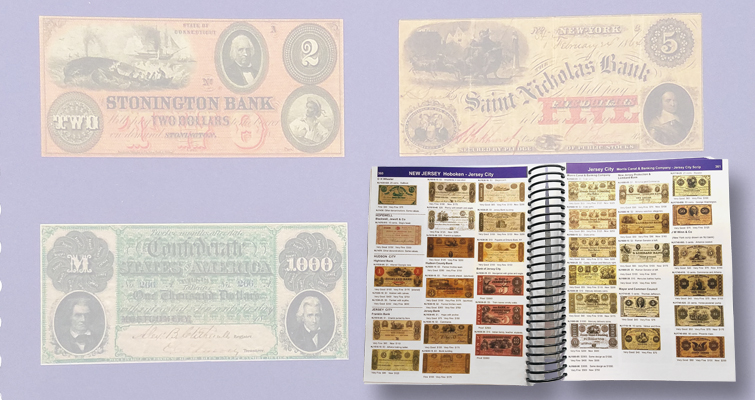 “Obsolete Paper Money: A Guide with Prices,” by Don Kelly, is now available in both paperback and spiral-bound versions.

Obsolete Paper Money: A Guide with Prices, by Don Kelly is now available. The 624-page book is a long-awaited replacement for the legendary Haxby four-volume United States Obsolete Banknotes, 1782–1866, that was published in 1988 and is long out of print.

The new book made its debut at the International Paper Money Show in Kansas City on June 8, where it was greeted with a widely positive reception and sold briskly.

Kelly’s 8½-inch by 11-inch book makes use of a three-column format to lavishly illustrate in color nearly every note listed. It is arranged in alphabetical order by state and contains state issues followed by those of banks, merchants, and municipalities. Each section begins with a listing of issuing entities arranged by city.

It also has a section on the 72 regular issues of the Confederate States of America, in which retail valuations are given for both “raw” and “slabbed” notes, and a section on the notes of the Kingdom and Republic of Hawaii.

Most prices listed are for notes in Very Good and Very Fine conditions. Where appropriate for the issue, a third grade is added.

Issues that exist as note proofs are so priced. Remainders, or notes that were not issued, are priced in Very Fine and New. The book concludes with a bibliography.

In his preface, Kelly describes his book’s scope as “broad,” acknowledging the practical impossibility of covering such a wide field completely. Instead, his focus is on notes that he considers “readily available, relatively inexpensive, and often inspiring.” He also includes a sample of the rarest notes.

As far as the notes most frequently encountered in the marketplace are concerned, the book is essentially complete, and a sorely needed addition to the body of work on the subject. 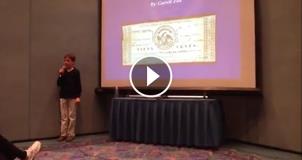