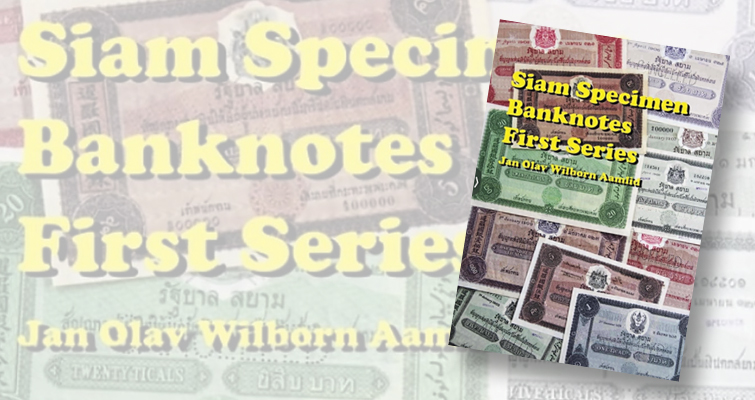 “Siam Specimen Banknotes, First Series,” a large-format, 246-page, full-color book is based on the personal collection of the author, Jan Olav Wilborn Aamlid, built during the last 22 years of the 40 years he has collected Thai paper money.

Although Thailand’s first bank notes were issued in 1851, it was not until 1902 that reforms based on European practices set new standards for paper money use in the country.

This first series of 5-, 10-, 20-, 100- and 1,000-baht notes was announced on Sept. 7, 1902, and the specimens used in their development are the subject of an important new book by veteran dealer Jan Olav Wilborn Aamlid, a Norwegian who has made Thailand his home for several decades.

Siam Specimen Banknotes, First Series, is a large format, 246-page, full-color book that is based on the author’s personal collection, one that he has built during the last 22 years of the 40 years he has been collecting Thai paper money.

The collection got its start when, in June 2000, printer Thomas de la Rue started selling Thai specimen bank notes from its archives, first through Spink in Singapore and Hong Kong, and later in London. Aamlid was not only a buyer at these sales, but he also acquired notes from other auction houses, private collectors and from De la Rue itself. Many of the notes shown in the book are very rare, others unique.

The book includes not just photos at 80% of actual size of both sides of the notes in the collection, but also original letters from the de la Rue archives and from the Siamese (as Thailand was called at the time) Minister of Finance in Bangkok and embassy in London.

One of its many interesting revelations explains why the word “baht” is used in the Thai language on the notes but “tical” in English. They are both units of mass. But since tical was better known to foreigners trading in the region, correspondence between De la Rue, the embassy, and royal ministries in Bangkok concluded that tical should be used as the English designation of value. 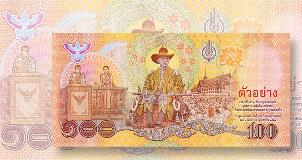 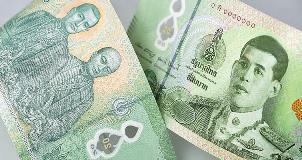 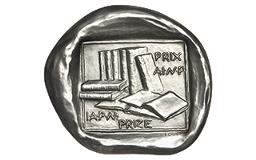