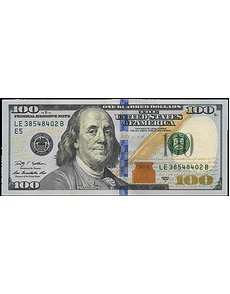 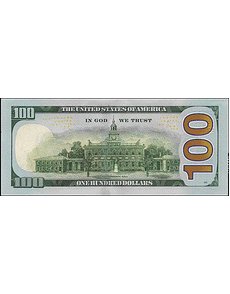 After more than two years of delays due to production problems, Series 2009A $100 Federal Reserve notes were finally released into circulation on Oct. 8.

The “A” in the Series 2009A designation was unexpected. All educational materials indicate a Series 2009 designation, because those materials were approved and printed long before production delays surfaced at the Bureau of Engraving and Printing.

The Federal Reserve Board decided to add the letter A after the series year date to acknowledge the gap in production between the time the design was approved in 2009 and the time the first notes were released.

Most of the Series 2009 notes were printed before detection of a sporadic creasing problem related to the wide, blue, 3-D security ribbon visible on the face that led to holding back those notes, which were originally scheduled for a February 2011 release.

The security ribbon is woven into the paper when it is made. The ribbon represents a new form of technology not previously used on any U.S. paper money.

The 3-D security ribbon is an optical variable device with 650,000 tiny glass domes, called micro lenses, crammed into it. The micro lenses act as magnifiers for the multiple microprinted images of a bell and the numeral 100 on the thread. When the note is tilted, the images in the strip appear to be moving.

The creasing problem was resolved in late 2011 through a number of “process changes” including modifying the paper feeder on the printing presses to accommodate variations in the paper associated with the 3-D security ribbon.

For more information about the Series 2009A $100 FRNs, visit www.newmoney.gov. ¦