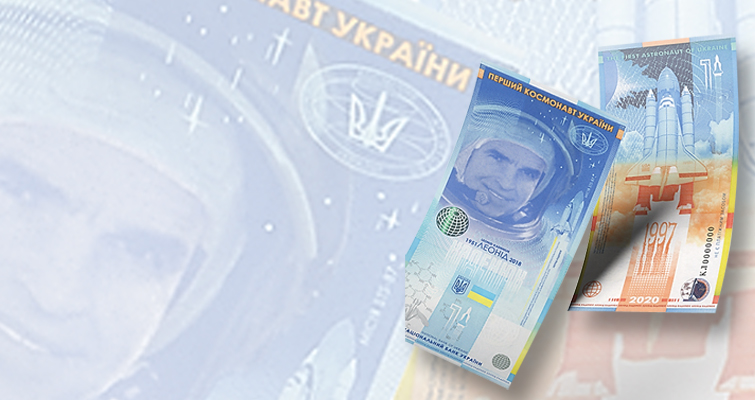 Ukrainian cosmonaut Leonid Kadenyuk is depicted on a commemorative “note” of the National Bank of Ukraine.

The National Bank of Ukraine has issued what it calls a commemorative bank note, in vertical format, a souvenir note dedicated to Leonid Kadenyuk, the first astronaut of independent Ukraine.

It is not a bank note, just a souvenir, which the bank emphasizes “is not a means of payment,” similar to the zero euro souvenir bank notes.

The “note” clearly displays the name of the central bank in Cyrillic and English on the face, has a serial number on the back. Its paper has a watermark showing a globe with the continents. Missing, however, is any mention of a denomination.

The face has Kadenyuk’s portrait as its main image, with a Cyrillic inscription saying “The First Cosmonaut of Ukraine” above. The back side shows Kadenyuk’s launch vehicle, the U.S. space shuttle Columbia, blasting off against a backdrop of planets in the solar system. Below the Shuttle is the year of the Nov. 19, 1997, launch. “The First Astronaut of Ukraine” is in English above.

Kadenyuk received his space training as a flight engineer for several Soviet spacecraft at the Soviet Union’s Yuri Gagarin Cosmonaut Training Center, from where he graduated in 1978. By the time of his first flight twenty years later, the Soviet Union had collapsed and Ukraine was a U.S. ally. 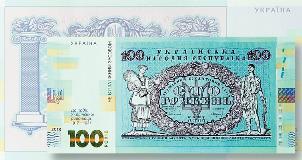 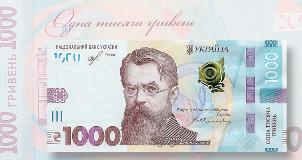 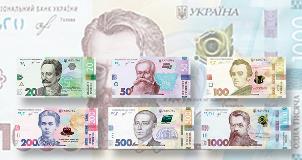