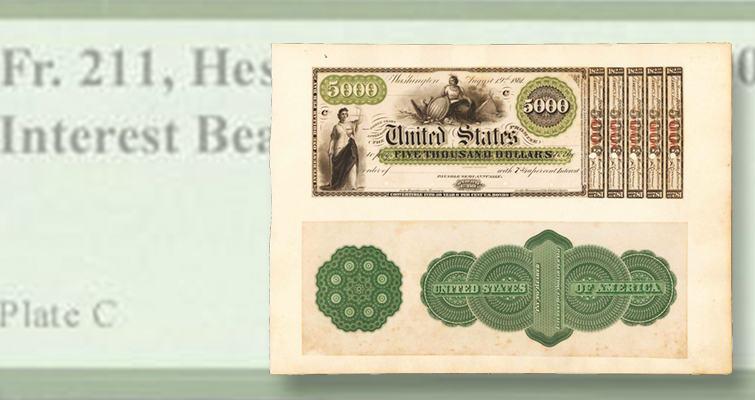 Stack’s Bowers Galleries offered many rarities in its paper money auctions at the ANA convention in Philadelphia, including interest-bearing notes. 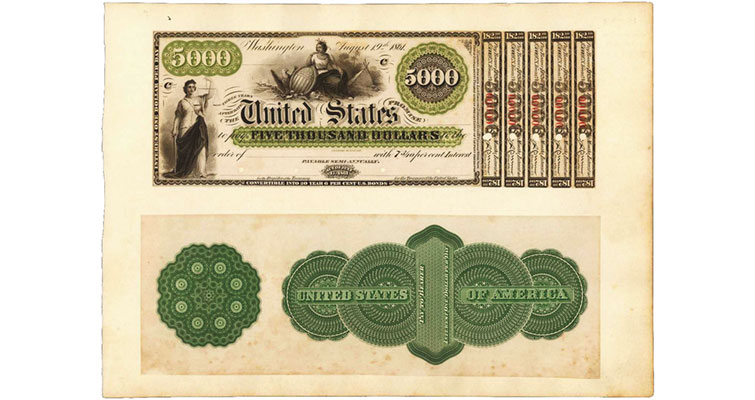 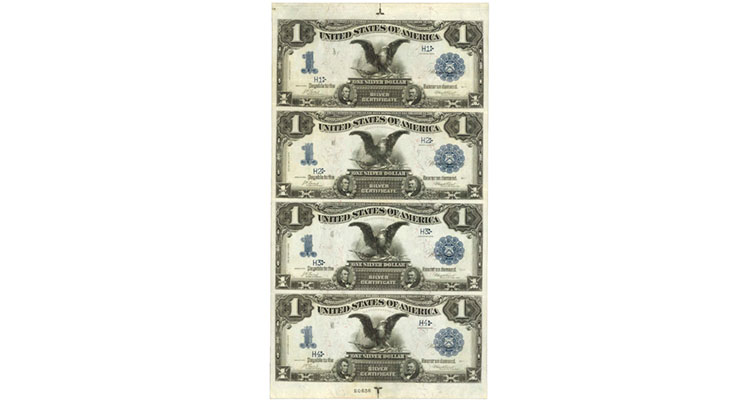 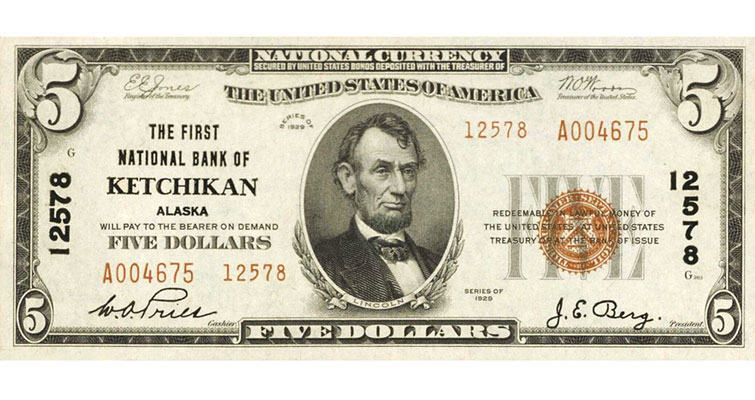 Part II of the Joel R. Anderson Collection of United States Paper Money, with its record-setting $9.65 million result, was not the only sale of paper money conducted by Stack’s Bowers Galleries at the American Numismatic Association World’s Fair of Money in Philadelphia.

The 112 lots in the John E. Herzog Collection of United States Treasury Bonds on Aug. 14 realized over $650,000, many of them multiples of their original purchase price. The highest winning bid was $48,000 for face and back proofs of a Friedberg 211 $5,000 interest-bearing note graded New 62 by PCGS Currency. The two proofs were mounted together on the same card.

After the Anderson sale, on Aug. 16, another 375 lots of U.S. material hit the block. A newly discovered uncut sheet of F-277 Series 1899 $1 silver certificates with serial numbers 1-4, the first sheet printed for the Lyons-Treat signature combination, sold for triple its high estimate at $180,000 in About Uncirculated 50 Exceptional Paper Quality by Paper Money Guaranty. 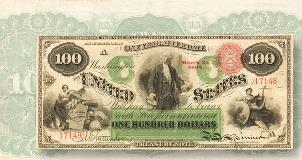 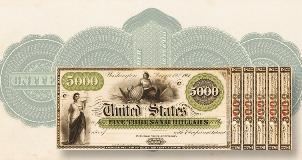 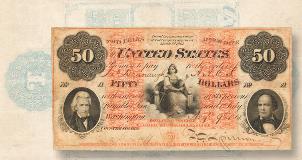