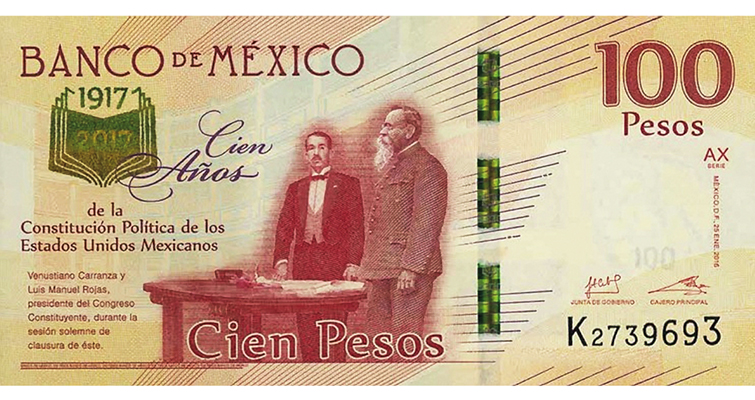 A new 100-peso note is Mexico’s first commemorative bank note since 2009. It celebrates the centennial of its constitution and was released on the centennial date of Feb. 5, 2017. 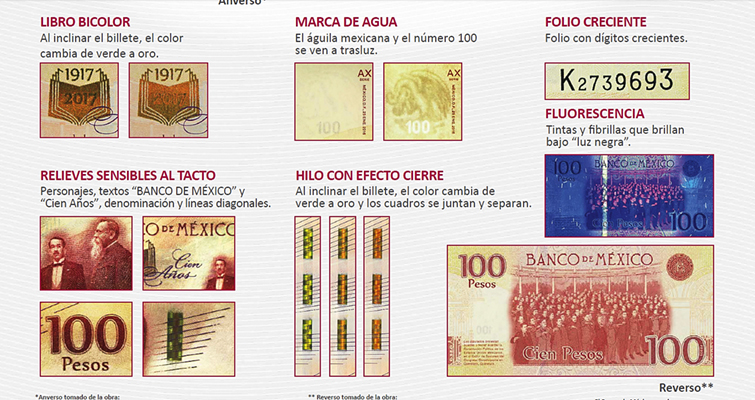 Bank of Mexico document identifies various security and other features of the new commemorative 100-peso note.

A new 100-peso note is Mexico’s first commemorative bank note since 2009. The red and yellow 100-peso note entered circulation on Feb. 5, the 100th anniversary of the approval of the Mexican constitution.

Both sides depict the scene at the event. The main image on the face shows Venustiano Carranza, Mexico’s president at the time, next to the chairman of Congress, Luis Manuel Rojas, being sworn in before the Constituent Assembly after amending the Constitution.

The back is described by the Bank of Mexico as “Congressmen of the Constituent Assembly swearing to observe and enforce the Mexican Constitution.” Both images were furnished by the National Institute of Anthropology and History.

The Bank of Mexico has a Spanish language video on its YouTube channel describing the note and the 20-peso ringed-bimetallic coin for the same event, which appears below. 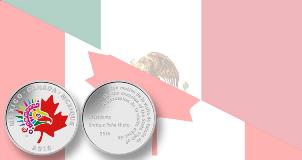 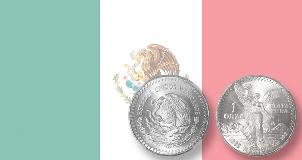