Maryland releases at the history of Paper Money in the state 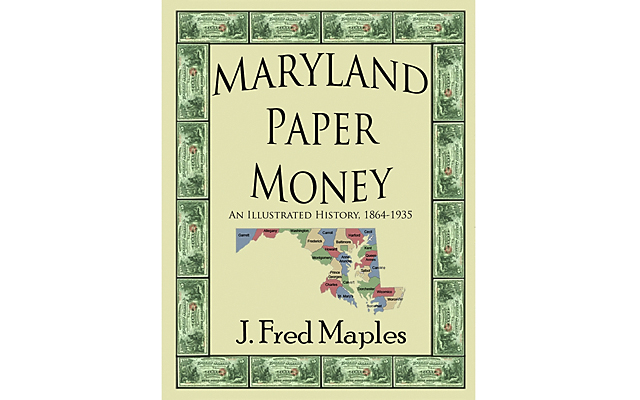 Maples, a computer systems analyst by trade, is an active hobbyist, antique paper money researcher, and collector who specializes in the paper currency of Maryland. The new book took 10 years of research, which was funded in part by a financial grant from the Society of Paper Money Collectors.

After providing a brief historical introduction, the body of the book lists each note-issuing city in alphabetical order, and every note issuing bank in that city. It includes for each bank a chart showing the notes issued and also an approximation of the number known to exist. It also provides the names of the presidents and cashiers as well as their dates of service and a guide to the rarity of their signatures. It concludes with a summary of available notes by series, denomination, and bank and an index of banks, officers, and key figures

The book costs $46 and is available at www.marylandpapermoney.com.