Many nations showcase their poets, playwrights, authors on notes 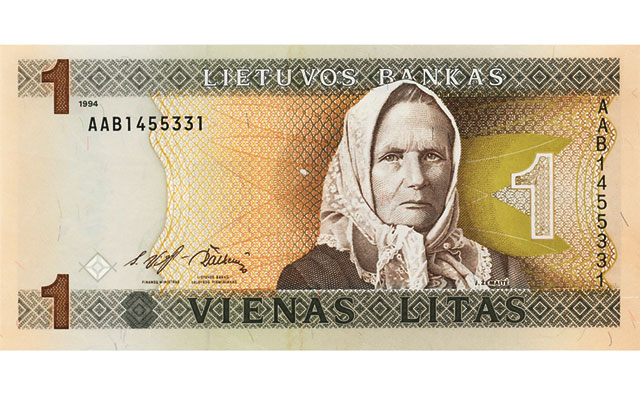 Author Julija Zymantiene depicted on the face of 1994 1-litas notes of Lithuania. 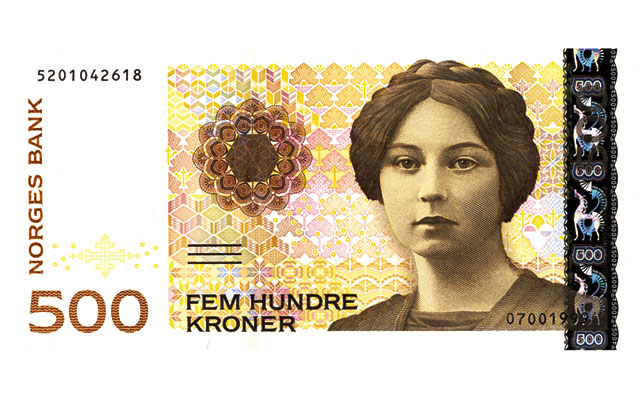 A portrait of Sigrid Undset appears on 1999 500-krone notes of Norway. 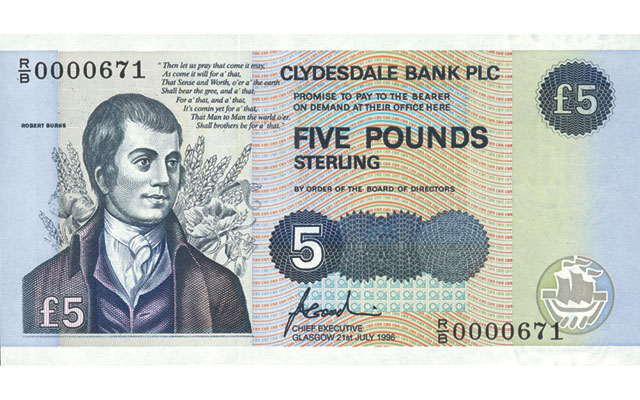 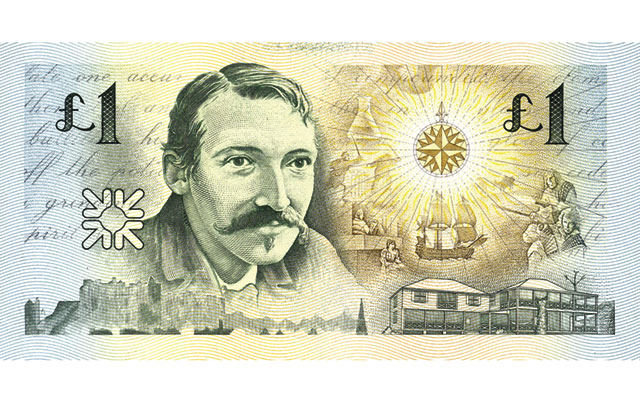 A portrait of storyteller Robert Louis Stevenson and some scenes from his books are depicted on the £1 notes issued by the Royal Bank of Scotland in 1994 to mark the centennial of his death.

Editor's note: The following is the second of a three-part Coin World series about collecting paper money with portraits of authors, prepared by Michele Orzano for the March 2015 monthly edition of Coin World.

Let’s continue our journey around the world to look at just a few of the nations that have chosen to honor the written arts on paper money by depicting authors.

A portrait of the writer with the pen name Zemaite, Lithuanian writer Julija Zymantiene, appears on the 1994 1-litas notes.

She wrote about the lives of peasants and became a part of the Lithuanian National Revival.

In 1999 the author Sigrid Undset’s portrait was used on 500-krone notes. She was presented with the Nobel Prize for Literature in 1928. A rosette appearing to the left of her portrait was inspired by Undset’s lace collar.

The back of the notes depicts a wreath, symbolizing The Bridal Wreath, the title of her first book in a trilogy about Kristin Lavrandsdatter.

Fernando Pessoa, Portuguese poet, translator and journalist, is honored on 100-escudo notes issued from 1986 to 1988 by Portugal.

He wrote poems, letters and journals. His portrait on the notes reflects his classy style of attire — a bow tie and a fedora.

Scottish poet and lyricist Robert Burns is regarded as the national poet of Scotland.

His portrait is on the face of Scottish £5 notes issued from 1971 to 1980. The back design depicts a harvest mouse climbing a stalk of grain, and a rose, images taken from Burns’ poems "To a Mouse" and "My Love is Like a Red, Red Rose."

A portrait of author Robert Louis Stevenson was used on the back of £1 notes issued in 1994 by the Royal Bank of Scotland. The design shows images of his life and work. The notes commemorated the 100th anniversary of his death. He was the author of Treasure Island and The Strange Case of Dr. Jekyll and Mr. Hyde.

The face of the notes features a portrait of Tchernichovsky along with images of citrus fruit and leaves. Tchernichovsky’s poem, “Oh, My Land, My Homeland,” was the inspiration for the face design. The poem contains the words “the bouquet of spring orchards.”

The back design shows capitals of Corinthian columns, in reference to parts of the poet’s compositions and his translation of ancient Greek literature.

The note is part of a series of bank notes honoring poets and playwrights. The other poets to be honored are Natan Alterman, Leah Goldberg, and Rachel Sela, the latter better known as Rachel the Poetess.