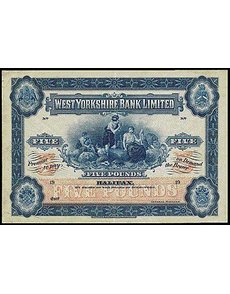 A serious illness caused one collector to make a decision that benefited many paper money collectors and the elderly.

David Kirch, a collector, philanthropist and businessman who has lived on the English Channel island of Jersey for 40 years, announced in 2012 that he had been diagnosed with prostate cancer. After his diagnosis, he said, he decided to sell his collection of nearly 4,000 English Provincial Banknotes and donate the proceeds to the David Kirch Charitable Trust. The trust provides homes for British elderly, among other charitable work.

The final auction took place July 17 at the London offices of Spink & Son. The collection took nearly 30 years to assemble and four auctions to disburse, beginning in October 2012. Between the late 18th century and 1921, provincial banks across England issued their own notes. Merchants in a village would organize a bank and issue notes.

Kirch made his money in a multimillion dollar commercial property development company, Channel Hotels and Properties, which now also belongs to his charitable trust.

Kirch said his diagnosis changed his perspectives on life. He explained in an interview published in the Feb. 23, 2013 Estates Gazette, a commercial property development publication based in the United Kingdom, that he believes “it is so much easier giving small amounts to many causes. At least I can make a little difference to around 9,000 elderly people in Jersey.”

For more information about the Kirch auctions, visit the firm’s website at www.spink.com. ¦