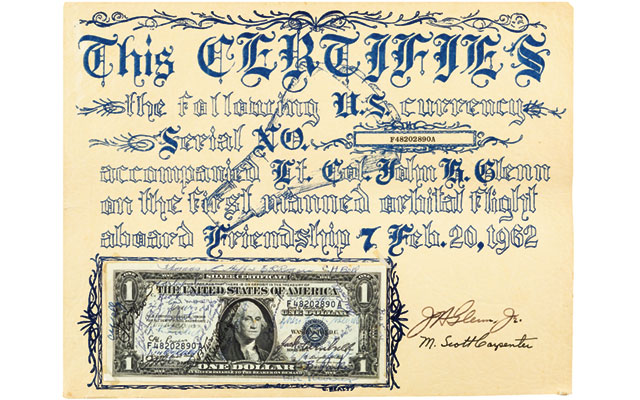 A decorative printed certificate signed by Lt. Col. John H. Glenn Jr., and M. Scott Carpenter with a Series 1957A $1 silver certificate that flew onboard Friendship 7 on Feb. 20, 1962, was sold for xxxx Nov. 12 in an online auction by Heritage Auctions.

The Series 1957A $1 silver certificate flown on the first U.S. manned orbital flight — the Mercury-Atlas 6 mission aboard Friendship 7 on Feb. 20, 1962 — sold for $11,250 during the Nov. 12 Heritage Auctions Space Exploration Signature Auction.