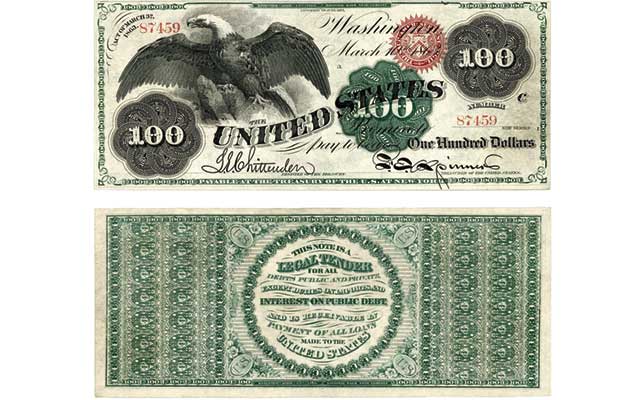 Judging from the crowd on the bourse floor, and despite both temperature and humidity in the 90s, the attendance at this year’s International Paper Money Show in Memphis, Tenn., appeared to surpass that of last year. Dealers were uniformly satisfied with the business done in a new room at the Cook Convention Center, and the more than 170 cases of exhibition material were an eye opener. Particularly noteworthy was one on the “Signatures on Small Size National Bank Notes.”

The speakers series, an aspect of the show that sets the Memphis event apart, attracted a steady audience to its dozen presentations over two days. They ran from a minimum of about 20 minutes to as long as an hour and a quarter, with a question and answer session following each. Subjects included counterfeiting, military currencies, food stamps, world paper and, of course, a number of categories of United States paper money. Included among the presenters were Neil Shafer, Peter Huntoon, Joseph Boling, and Benny Bolin. Coin World will be offering highlights from these in the weeks ahead.

Those who could not make it to the Memphis show have an option to partake in at least the educational part of the event. Excerpts of each of the lectures are available for viewing on CoinWeek.com. The entire 9½-hour lecture series is available on a series of DVDs. To order, contact CoinWeek.com at 908 Audelia Road, #200-330, Richardson, TX 75081; phone the supplier at 800-876-2320; or email David Lisot at david@coinweek.com.

Next year will mark the 40th anniversary of the Memphis show. The show’s owner, Lyn Knight, has already said that a number of special events are planned in celebration.