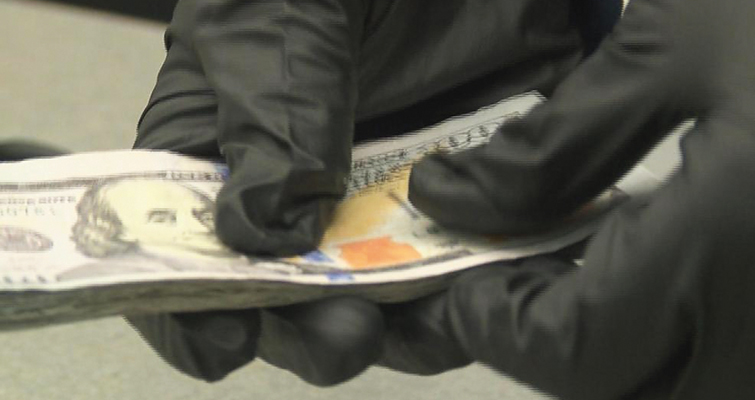 A quick inquiry on any search engine will reveal dozens of entries describing counterfeit United States currency of all denominations with red Chinese writing on it being passed off as real. These stories spanned the country. It is a story that will not go away, in which people don’t pay attention, get fooled by the obvious, call the police, and start another chain of dire counterfeit money warnings.

KLEW TV in Lewiston, Idaho, took another approach when someone recently found $2,800 worth of $100 bills on the ground. It informed its audience that the notes were not counterfeit, were absolutely legal to have, and could easily be bought on the internet. The giveaway, if course, is the Chinese writing, specifying that it is “Training Money Sample Only For Practice —Circulation Forbidden,” printed in China for use in training the thousands of tellers that stream through its banking system. The Bank of China is said to also print similar pieces for other nations, including Australia, Canada, and England.

A closer look at the notes reveals that, in addition to the red or pink Chinese characters on each side, the paper, coloring, color-shifting features, and the security strip are also wrong.

As for the $2,800 found in Lewiston, the only thing illegal about them would be spending them, and that is what someone was apparently trying to do. The station says police are still investigating.