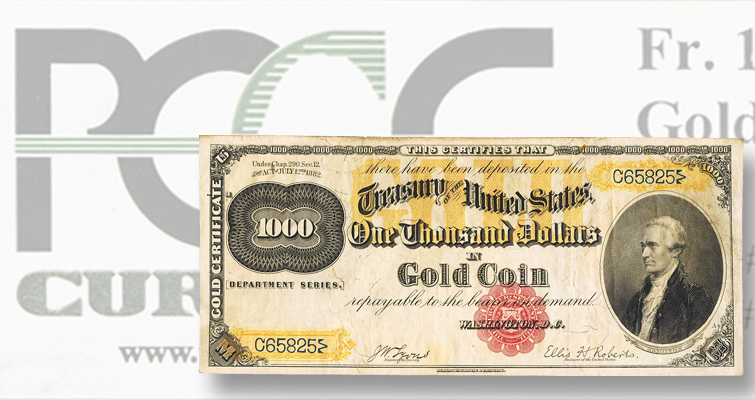 Gold certificates will be among the highlights of Heritage’s paper money auction at the ANA World’s Fair of Money in Denver the first week of August. 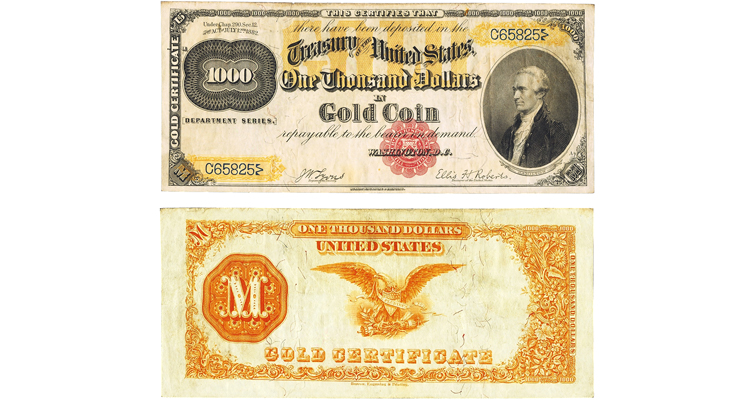 The finest of the 11 known F-1218f $1,000 Series 1882 gold certificates will highlight Heritage’s Signature Currency Auction in Denver the first week of August. 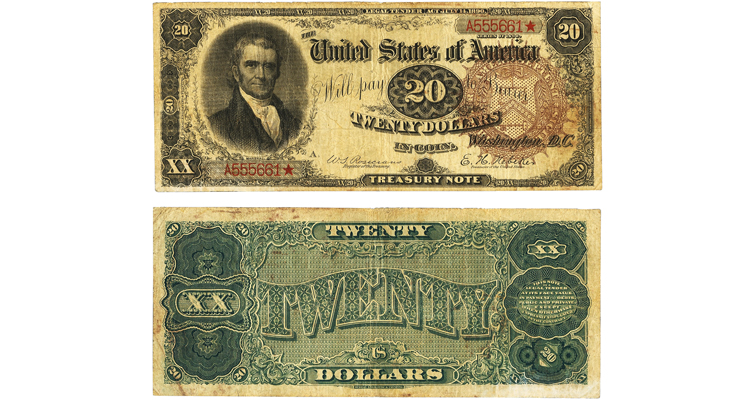 The finest of the 11 known Friedberg 1218f $1,000 Series 1882 gold certificates will be the center of attention when it crosses the auction block on Aug. 3 at the Heritage Currency Signature Auction in Denver during the American Numismatic Association World’s Fair of Money. The PCGS Currency Very Fine 35 note is offered with a low estimate of $300,000, slightly more than the $293,750 Heritage got for it in January 2014.

This note bears the Judson W. Lyons-Elias H. Roberts signature combination, thereby dating it to around April 1898 to June 1905.

Heritage says that 96,000 notes were printed and that their low survival rate is attributable both to their high face value and to the Gold Reserve Act of 1934 that required these notes to be turned in.

Unusual for a note with so few known is that with the exception of one at the San Francisco Federal Reserve Bank, all are in private hands and six of them have sold since 2000. At that time, one graded Fine sold for $71,500. Two notes sold three months apart in 2013 for $176,250 each, one graded Fine 12 and the other VF-25.

Another Series 1882 gold certificate, this one a $20 F-1178 issue, in Paper Money Guaranty Superb Gem Uncirculated 67, is the highest graded of the more than 900 notes known, and its price demonstrates the scarcity of most high-grade gold certificates. This is a note that sells for less than $5,000 when graded Extremely Fine, but in this condition carries an estimate of $50,000 or more.

The sale also has the great Confederate rarities — the four Montgomery 1861 issues and the Indian Princess note — from the J. Wayne Hilton Collection. 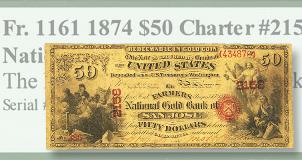