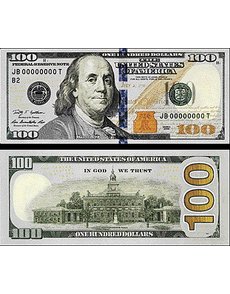 The purchase of handheld electronic currency readers by the Bureau of Engraving and Printing to be given free to eligible blind and visually impaired individuals was approved June 7 by the Government Accountability Office.

In January 2013, the BEP requested an opinion from the GAO as to whether the BEP could give, rather than loan as government property, a currency reader to eligible blind and visually impaired individuals as part of its meaningful access program.

The GAO is an independent agency that advises and monitors federal government activities. Among its duties is to rule on agency rules.

The GAO decision stated that the BEP “may use appropriated funds to purchase and give currency readers to blind and visually impaired individuals as part of its compliance with the federal district court order to provide such individuals with meaningful access to U.S. currency.”

The BEP already had the authority to operate a program to loan out readers, but under a loaner program, BEP would need to conduct periodic checks on the condition of the government-owned readers. Conducting the checks would have been costly, time-intensive, and burdensome to the visually impaired community, according to Treasury officials.

The enhancements are part of the BEP’s program to offer the blind and visually impaired “meaningful access” to FRNs in compliance with a 2008 United States Court of Appeals decision. The 2008 decision upheld a lower court ruling that the Treasury failed to design, produce and issue paper money that is readily distinguishable to blind and visually impaired individuals. The decision resolved a lawsuit filed in 2002.

The other two approved enhancements have to do with the design of notes — raised tactile features and large, high-contrast numerals.

The size, color, placement, background contrast and other aspects of the larger numerals are all factors to be considered in any future redesign.

Redesigned Series 1999 $5 and $10 notes, which were released starting May 24, 2000, feature an infrared machine-readable feature that can be read with a handheld currency reader. ¦