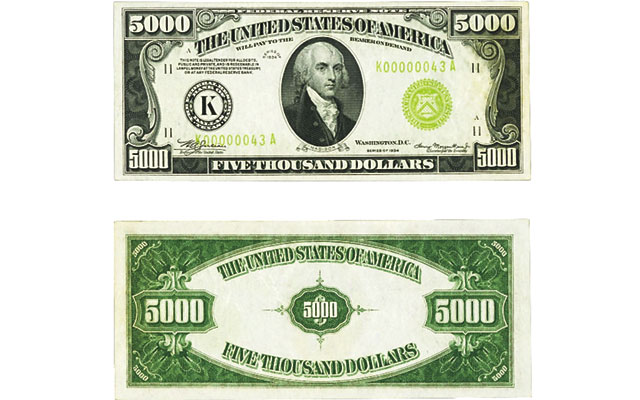 February was a quiet month for U.S. paper money with the public auction scene taking a hiatus before a series of numismatic shows in late-winter and spring 2015.

That leaves a two-month gap in activity from the end of the early-January Florida United Numismatists show, and time to reflect on the state of the trade during the opening quarter.

The 7,400-lot Heritage Currency Auction sale at the FUN show Jan. 7 to 12, yielded close to $10 million (including the 17.5 percent buyer’s fee) in sales, so the market is clearly strong.

It is a rare occurrence to find a national gold bank note in a condition better than Fine. The fact that this note is apparently in its original condition, and has the PPQ designation, probably makes it the most significant lot in the auction.

Obsolete notes were the single largest category in the auction and an 1857 $500 note proof for the Bank of Commerce in Savannah, Ga., sold for $56,400.

Fractional currency continues to lag behind, for reasons that are hard to understand. They are an embodiment of the history of the Civil War; good, lucid references on the subject are available; the notes are plentiful and easy to collect; and they are low in price except for great rarities.

A complete collection of fractional notes by Friedberg number would total about 150 pieces, very few of which are in the “impossible” category. They are among the rare collectibles that are of philatelic as well as numismatic interest.