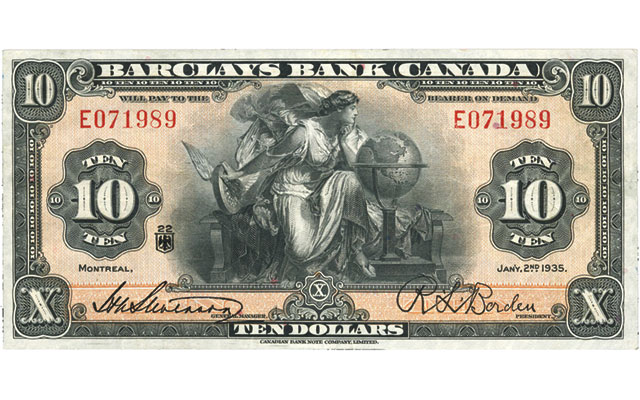 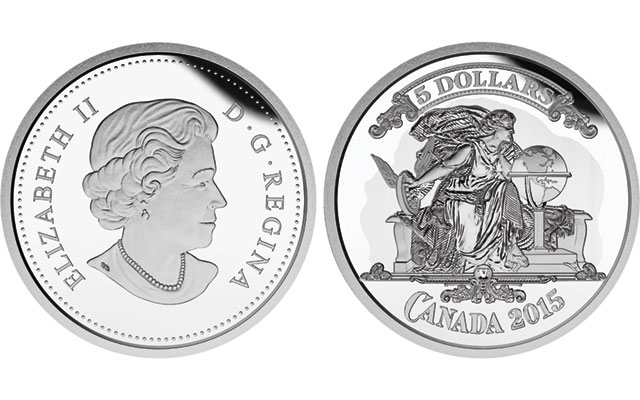 The Proof .9999 fine silver $5 coin showing a vignette from notes issued by Barclays Bank in Montreal was released Feb. 3.

Painted by Alonzo Earl Foringer and engraved by Robert Savage, the vignette features a female allegorical figure gazing at a globe, with a winged disc in her hand. The design is symbolic of the bank’s expansion into Canada at the time.