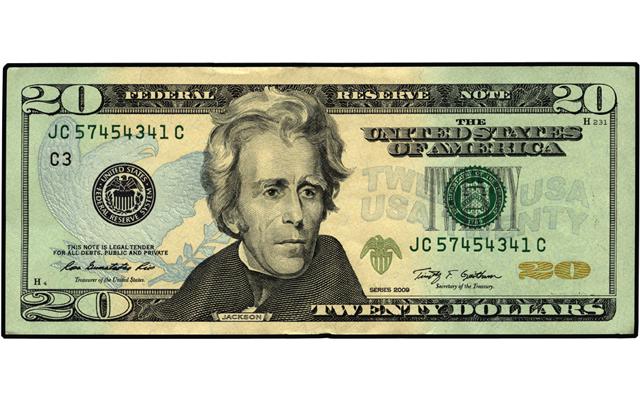 Collectors who might want to move up in denomination could consider a Series 2009 $20 FRN as the start of a series year date set. 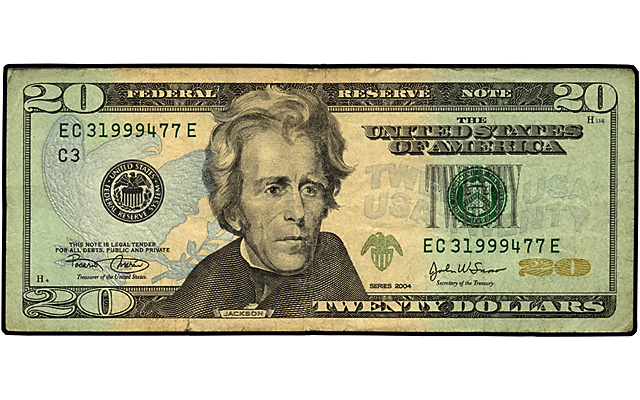 To add to your series year date set of $20 FRNs consider a Series 2004 $20 FRN that I also found in circulation along with the rest of the notes illustrating this story. 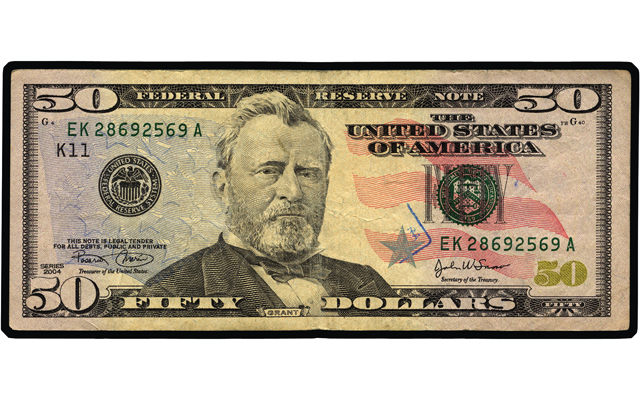 If you have even deeper pockets you could assemble a collection of $50 FRNs by series year date, signature combinations or other categories. This Series 2004 $50 FRN with the signatures of Treasurer Rosario Marin and Treasury Secretary John W. Snow is proof that older series are still in circulation. And notice the angled line to the right of the large blue star, just to the right of the portrait. It's the corner of a bank stamp applied to a sleeve on a packet of notes. It adds no value but is an interesting, if unintended, addition.

Think you only have some ratty paper cash in your pocket that's only worth it's face value?

Think again. You could have the makings of a party if you look carefully enough at those notes.

Looking for notes in circulation can provide you with the start of a series year date, signature combination or Federal Reserve Bank collection.

You could get started by just setting aside every $1 FRN you find in circulation. I did that for a period of several weeks and ended up with 21 notes — all but two had been printed at the BEP’s Fort Worth facility.

All but the Boston and Minneapolis Federal Reserve districts were represented among my 21 notes. I found no star notes or “fancy” serial numbers, but just had some quick, inexpensive fun.

You can enjoy the “hunt” solo, like I did, or you can team up with others to increase the fun of the hunt.

You could gather friends and family and host a “what’s in your wallet/purse?” party.

This can be as simple as pulling up some chairs around the kitchen table and using the cash everyone has on hand. Or you could open it up to a larger group, say at a coin club or as a family reunion activity.

Once individuals determine what they have in the form of series year dates, signature combinations and Federal Reserve districts, let the trading begin!

If the group will be a large mix of adults and kids (and some members are electronic-payments-only types) probably the best approach would be to designate one adult to go to a bank and get 100 to 200 (or more depending on your group) $1 FRNs.

Distribute the bundle evenly between participants. Now you’ve got a “treasure hunt” of sorts. For every note a participant wants to keep, they can exchange a $1 with the person who brought the cash.

It’s pretty clear that those seemingly “nothing” notes you pulled out of your pocket actually have plenty of potential to be the basis of a fun collection.

Keep current with all CoinWorld.com news and features: