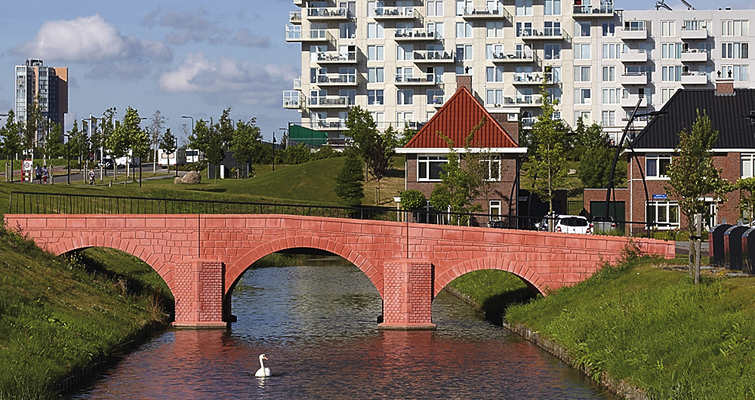 The fantasy bridges depicted on euro-denominated bank notes are now real bridges in the Rotterdam suburb of Spijkenisse. Shown is the bridge created from the €10 note’s image.

One of the most common criticisms of the euro paper currency’s design since their premiere in 2002 has been that the bank notes do not depict actual bridges but are artistic fictions representing periods in Europe’s cultural history. The reason for disregarding landmarks such as the Pont Neuf in Paris, Florence’s Ponte Vecchio, the Segovia Aqueduct, and the Vasco da Gama Bridge in Lisbon was that, with 19 countries but only seven denominations, omitted member states could feel envious.

Unbeknownst to most and proving that life can imitate art, the seven bridges have existed in reality since 2013, standing in a row in the Rotterdam suburb of Spijkenisse. There, Dutch cyclists and pedestrians are able to use them toll-free.

The “Bruggen van Europa” (Bridges of Europe) are the creation of Dutch designer Robin Stam, who told the architecture and design magazine Dezeen, “The European Bank didn’t want to use real bridges so I thought it would be funny to claim the bridges and make them real.”

Stam chose a new housing project called “Het Land” in the Spijkenisse urban development zone. After modeling each of the bridges after its related bank note, he poured concrete, dyed to match the color of its bank note, into wood molds corresponding to the exact design of the bill.

Stam says that the European Central Bank even gave his project a letter of approval. 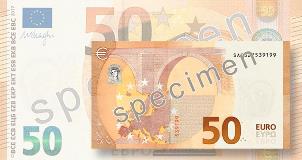 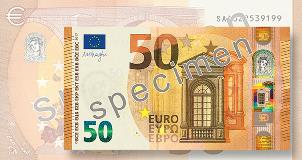