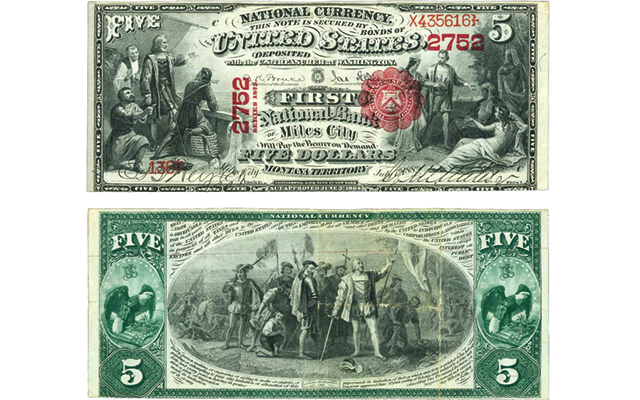 The auction was part of the official auctions conducted at the American Numismatic Association World Fair of Money in Rosemont, Ill., Aug. 5 to 9.

The price includes the buyer’s premium.

The note was one of only 2,250 First Charter $5 Territorial notes issued by the bank before Montana became a state in 1889. The bank liquidated in July 1924.

That group of merchants joined with Miles’ nephew George to found Miles City, Montana Territory. By July 1882 the national bank received its federal charter. Until this recent discovery, no territorial notes were known from this bank. The note bears the penned signature of George Miles as the bank’s vice president.